Star Wars Battlefront 3 may not be happening 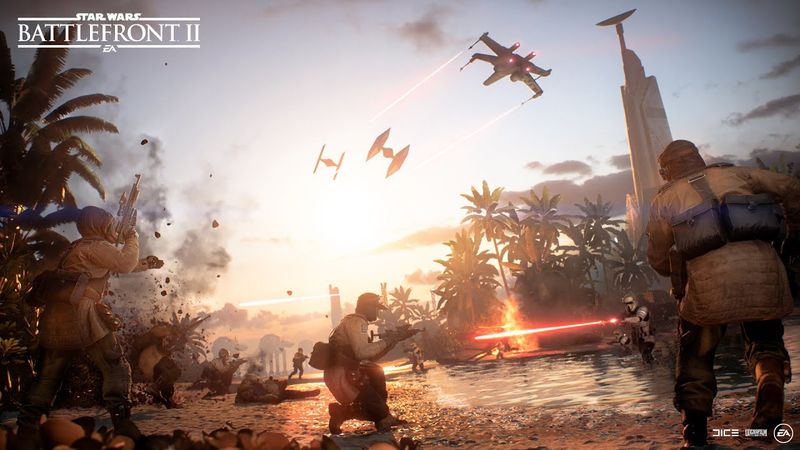 0
It’s entirely possible that Star Wars Battlefront 3, the sequel to one of the best Star Wars games around, might not be happening after all. With the release of Battlefield 2042 many Star Wars fans expected EA to go ahead with DICE making a new Battlefront, but reportedly executives “shot down” that idea.

Star Wars Battlefront II was released in 2017, just two years after DICE’s first Battlefront game – to, shall we say, a little controversy that changed how the world sees loot boxes in games forever. After a couple of years of free updates, Battlefront II became a solid Star Wars multiplayer game that everyone wanted to play once it was free.

Many fans perhaps assumed that EA and DICE were working on Battlefront 3 but that may not be the case. Last year, EA said that the game that would become Battlefield 2042 was the focus for DICE over Star Wars, and Battlefront 2 creative director Dennis Brännvall previously told us there wasn’t “the same hunger” for a sequel.

Now, according to Battlefield leaker Tom Henderson, Battlefront 3 was “shot down by EA” due to it being a licenced title. Furthermore, multiple major developers behind Battlefront II – including Dennis Brännvall – have since left the company, making a sequel highly unlikely. However, the good news is that Henderson says that there are “two Star Wars titles in development under EA”, which are likely single-player story games instead.

Although it currently seems that DICE is not working on Battlefront 3 (and instead another Battlefield), there are currently two Star Wars titles in development under EA - But it appears that those titles are more story-driven/single-player instead of multiplayer.


It should be noted that this has not been confirmed by EA or DICE, and we have reached out to EA for comment. Still, it seems possible that Star Wars fans will get to play Star Wars Jedi: Fallen Order 2 long before Battlefront 3. We’ve no idea why the galaxy hates the idea of Star Wars Battlefront getting to a third game but at least there are more Star Wars games to come, it seems.

Good dice should disband they can't develop anything anymore