Halo Infinite's Devs Don't Like Calling It An Open-World Game 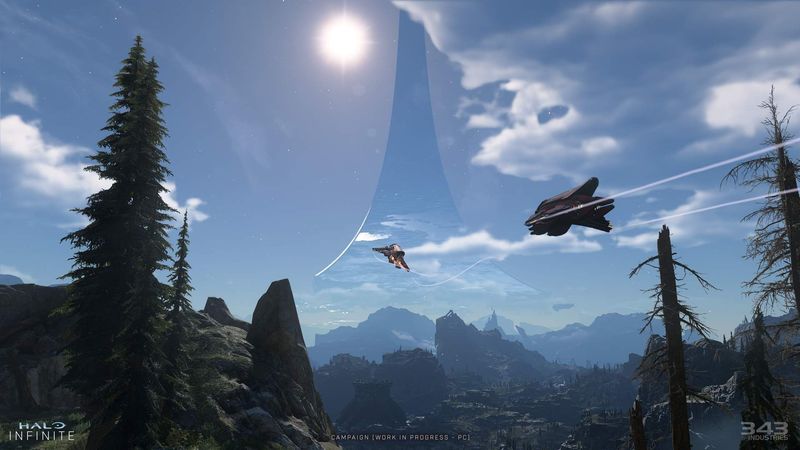 3
Despite Halo Infinite being set in the vast environment of Zeta Halo, the game shouldn't be considered as a traditional open-world FPS akin to games like Far Cry 6. Thanks to some developer interviews, it sounds like it's far more like Metro Exodus, with a series of expansive levels tied together by a tight narrative.

Speaking to VGC recently, associate creative director Paul Crocker said the team "tend not to talk about it using 'open-world' as a term." He said, "open-world is this genre now where it comes with these different expectations and we wanted to ground everything in making the best Halo experience we could. So what that meant was we created our story that pulls you through. It’s a mystery story that pulls you through with a bunch of questions that are started at the beginning of the game and are answered by the end.

"The story will just pull you through in that straight line through, even though it is an expansive world that lets you go in multiple directions," Crocker explained. "And then once we had the golden path in, we then figured out how to add more and more story content at the extremities of that map."

Character director Steve Dyck added that "one of the things that we wanted to avoid was the grindy nature that can come with most open-world games, where you’re going incessantly hunting enemies to level up and upgrade your character. We wanted to avoid that and stay close as possible to true Halo combat. “Super-Soldier based assault” is the term we threw around a lot."

Halo Infinite is here to stay for some time, as the team has stated it will release content gradually. Right now, all players get early access to the game's competitive multiplayer, with its first season meant to last six months — until May 2022. You can consider it a sort of extended beta during which the devs will reshape their approach to Infinite's controversial battle pass progression system.