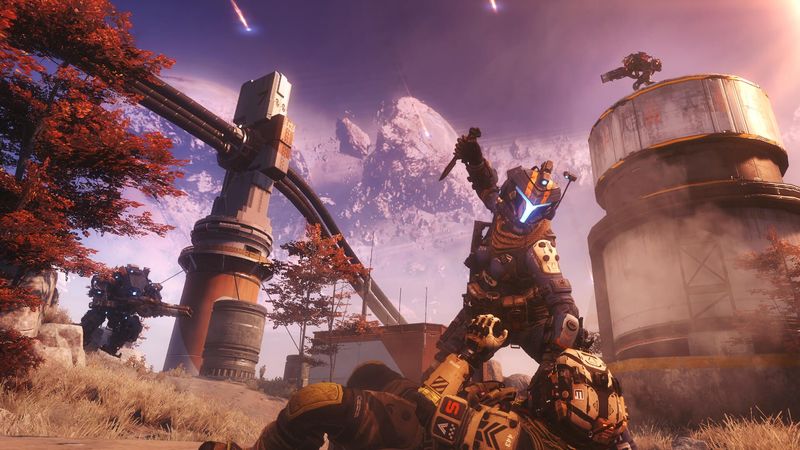 4
There's a new Titanfall 2 Gauntlet speedrun on the block, and it's truly a sight to behold.

Just below, you can check out the blistering gameplay clip which emerged on the Titanfall subreddit yesterday on November 18. The gameplay segment features the player beginning the Gauntlet run right at the beginning of Respawn's sequel, propelling themselves forward with actual grenade explosions to reach the finish line in a record-breaking time of 10.3 seconds.


It's nothing short of an absolutely heroic feat. According to a little bit of research, the previous world record appears to have been held by the individual in the gameplay clip just below, which used a similar grenade propulsion method of shooting themselves forward to the finish line in a blistering time of 10.9 seconds. The new user beat them out by just 0.6 seconds.

There's actually a hint as to how the new user was able to achieve the staggering new time. In the comments underneath the original subreddit post, the player notes that the "crouch kick" technique is still relatively new on the Titanfall 2 Gauntlet speedrunning scene, and so they reckon it's entirely possible that a sub-10 second time might not be too far away.

Well, for now we can only dream. If you're up to date on your Apex Legends lore, you might know that this method of using grenades to get through the Gauntlet was employed by none other than Octavio "Octane" Silva, a true adrenaline junkie seeking to take the crown for himself in the Titanfall universe. Octane's experiment went a little less swimmingly though, because he ended up blowing off both his legs. Better luck next time Octane, we can't all be winners.