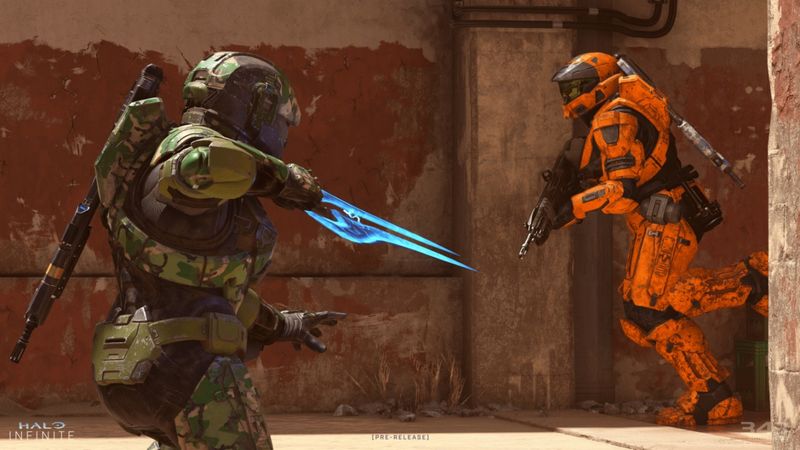 4
Halo Infinite's surprise multiplayer beta launch was one of the biggest treats to come out of the Xbox 20th Anniversary Showcase. Giving everyone equal access to maps, game modes, and customization, it was a significant move just days after the early access launch of Battlefield 2042. However, while the gameplay has been well received, fans have highly criticized the Battle Pass progression system. Luckily, 343 Industries is promising big changes coming soon.

Over on Twitter, 343 Industries Community Manager John Junyszek detailed the changes that the team will be making to Halo Infinite's Battle Pass progression system. Junyszek stated that the team will be making "targeted tunings" to the system later this week, starting with expanding "Play 1 Game" challenges so that players are consistently rewarded with Battle Pass XP gains. The lack of regular match XP has been one of the main points of contention, which this change should address.

In addition, 343 Industries will be making granular tweaks to some of the other challenges in Halo Infinite, including removing some based on fan feedback. The goal is to make progression through weekly challenges faster, and thereby more rewarding. Currently, Halo Infinite's Battle Pass challenges lean heavily into randomized objectives that sway play styles or are arbitrarily difficult due to in-game factors. For instance, one weekly challenge asks players to destroy a Wraith, but Wraiths don't spawn every match, and being in the right place at the right time to destroy one can be frustrating.

Additionally, we will be doubling the duration of 2XP Boosts to now last 1 hour as opposed to 30 mins. We hope this helps people get the most out of them, especially during those longer BTB sessions.

We'll be watching these changes closely to make sure they have the positive impact we all want on your progression. This is only our first step - we are committed to continue evolving these systems but it will take time. Thanks for joining our beta, and keep the feedback coming!


Double XP boosts are also getting a buff. Now, the boosts will last for an entire hour rather than the 30 minutes that they previously did. Junyszek stated that the team wanted the Double XP boost buff to help fans get more out of them during longer matches, and especially during Halo Infinite's Big Team Battle playlist, which can last a fair bit longer than matches in the Quick Play side of things.

There are a few things of note, however. First and foremost, fans will lose their progress towards current Challenges when the updated progression system rolls out later this week, including Weekly Challenges. While that might be a bit frustrating, 343 Industries will be granting this week's Ultimate Challenge Reward, the Sigil Mark VII Visor, to each player that logs in between November 23 and November 30. Basically, fans are getting some of the changes they asked for while 343 Industries makes broader ones, all without losing any major progress.

Good game just not very good on cloud gaming beta on the Xbox.