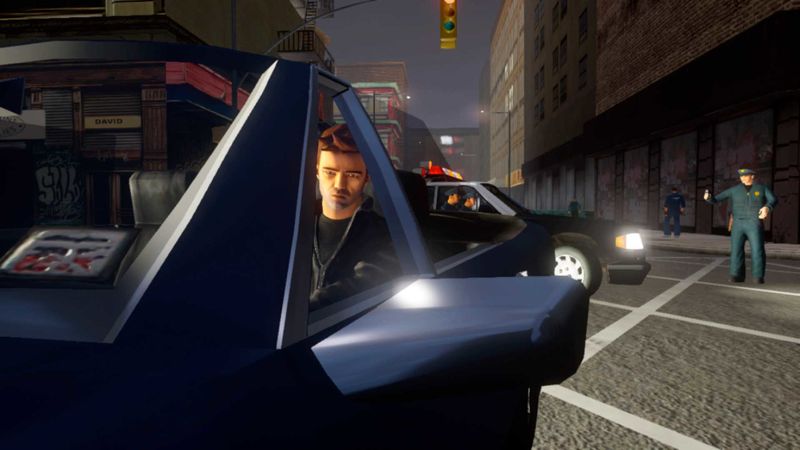 4
A GTA Trilogy player has discovered that 'wiggling' your car back and forth in one of the games causes it to grow larger.

On Twitter, user DarkwinDust69 posted a video claiming that "in GTA 3 if you wiggle your car it gets bigger for some reason." By quickly turning left and right while driving forward, the clip shows that their car - which looks like an Esperanto - grows significantly. At the beginning of the video, it fits comfortably within a single lane of the road ahead of them, but by the end, it fills up most of the two-lane highway, and the suspension is starting to seriously struggle.

also in gta 3 if you wiggle your car it gets bigger for some reason https://t.co/ftRHt9Yd0W pic.twitter.com/IN3LCq7Iqi


It's not completely clear from the perspective in the video, but it also looks as though the car gets longer by being wiggled back and forth, as it dwarfs one of the vehicles that appears at the end of the video.

In the responses underneath the original tweet, one user explains that this might be the return of the 'Ghost Car' glitch from the original game. That glitch, which was linked to taxi driving missions, allowed players to make cars that could both clip through walls and eventually became entirely invulnerable, and has shown up again here because of the nature of the remasters, which are using the same source code as the original games.

That early source code has been causing Rockstar some problems since the trilogy's release last week. The game had to be pulled from sale on PC after modders discovered a number of files that weren't supposed to be included in the remasters, including unlicensed music and San Andreas' controversial 'Hot Coffee' cut content.