Halo Infinite Will Put The Announcer Back In Big Team Battle 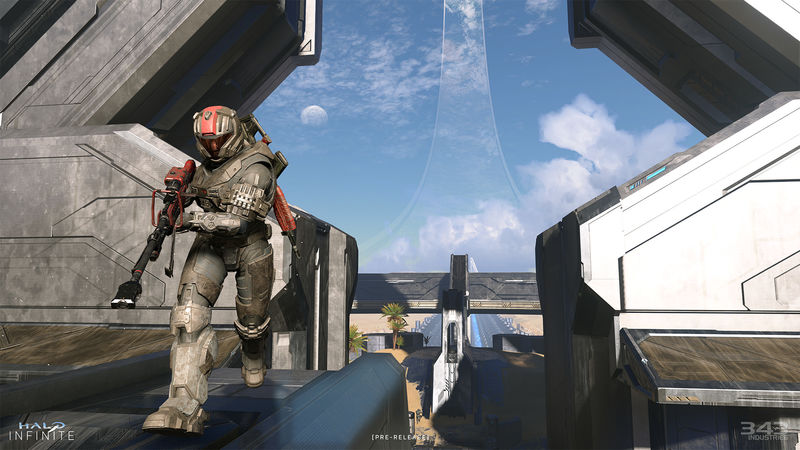 3.5
343 Industries have confirmed that Jeff Steitzer's iconic announcer will be added to Halo Infinite's Big Team Battle mode after launch.

Halo fans finally got the chance to play Infinite during some technical tests last month, with 343 inviting players to give their feedback on what they did and didn't like. One prominent complaint was that Big Team Battle didn't include Halo's iconic announcer, Jeff Steitzer, and instead had Spartan Commander Agryna speaking over the match instead.

Considering how beloved Big Team Battle is and how it contains many of the same gameplay features that the announcer would talk about, it didn't make sense to have the voice removed. Thankfully, 343 Industries has heard the fan backlash and is going to be adding Jeff Steitzer back into the game post-launch. 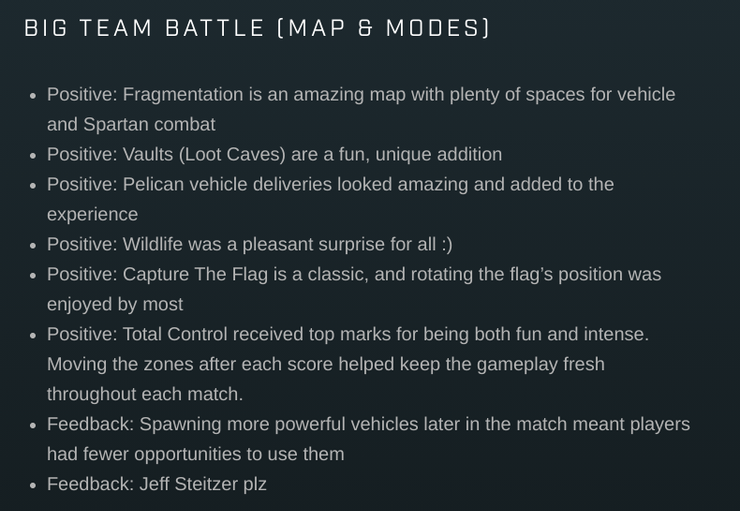 Towards the end of the feedback roundup for Big Team Battle, 343 said, "Jeff Steitzer’s voice will return in BTB. We weren’t able to get this change in for December 8, but we are looking forward to bringing his voice back in all its glory as soon as we can." It's not clear when the change will be added, but rest assured for those who want to hear "Killtacular" and "Killimanjaro" in Big Team Battle, you won't be waiting long.

Another interesting piece of feedback that is based on previous fan outcry is the sound of the Needler. 343 notes in this roundup that, "It was nice to see people recognize the changes to the Needler from the first flight", whilst also pointing out that some think that the supercombine sound effect could do with a bit of a boost. Still, it's good to see so much fan feedback being acted upon.

"Halo Infinite Will Put The Announcer Back In Big Team Battle" :: Login/Create an Account :: 0 comments