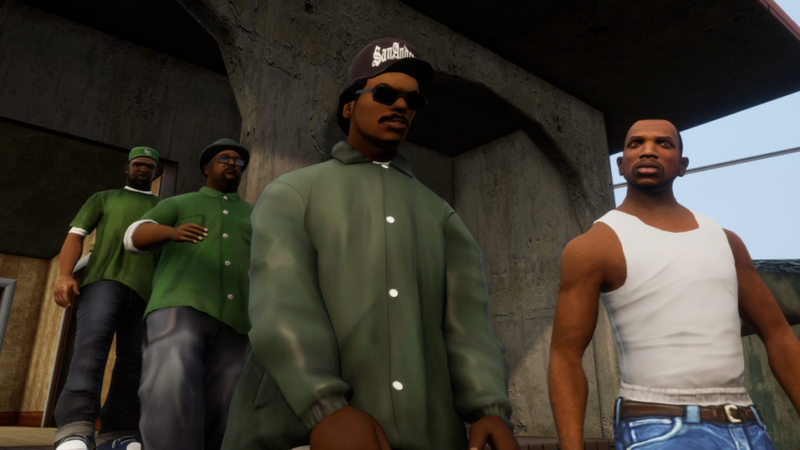 3.5
Grand Theft Auto: The Trilogy might be full of nostalgia, but it fails to deliver the expected experience. Users have really torn into the game with unfavorable reviews, the average user score on Metacritic being less than one out of ten.

The game went through a flurry of issues upon release with the Rockstar Games Launcher refusing to even start for PC players. Rockstar has fixed this issue, but it took almost two whole days.

Players have not held back, berating the game on Metacritic. "Absolute garbage!!! The graphics are terrible, the music from the PS2 and Xbox version have been removed. Play the original versions or pc please," a fan wrote. As of now, the overall user score is 0.6 out of 10. This might change with time, but given the mess that Rockstar is in right now, this looks unlikely.

The situation is worse than it seems. Players have been complaining about the graphics being so bad that they can barely see what is happening on screen. One video shows how the rain makes it virtually impossible to figure out anything that is happening in the game.

Another major issue has been the character models. The community has complained about them being nowhere close to the originals and even much worse than in the older games. Amidst all of this, fans have been praising the efforts of modders which Rockstar is actively trying to curb with a lawsuit.

The game is reportedly full of spelling errors. While some of these have been hilarious, Rockstar has clearly dropped the ball with a really messy launch.

This is not a good sign for a company which has been milking an eight-year-old game. Fans have begged and pleaded for GTA 6, but this remains to be revealed. Rockstar has instead announced an Expanded and Enhanced Edition of GTA 5 which is currently set to release in March, 2022. Should this continue any further, fans might just give up and Rockstar could lose all of the credibility which they have gained over the years.

This chaotic launch will hopefully prove to be an eyeopener for Rockstar, causing them to make amends with the community.

"GTA Trilogy's Metacritic User Score Of Less Than One Out Of Ten" :: Login/Create an Account :: 2 comments

The reviews are a joke. The game is far from perfect but it's swarms of Fortnite kids who never played the originals and because it's not GTA 5 2.0 they're overreacting. Pretty cringe.

Rough patch for them it seems. I have had a good experience with the game so far.