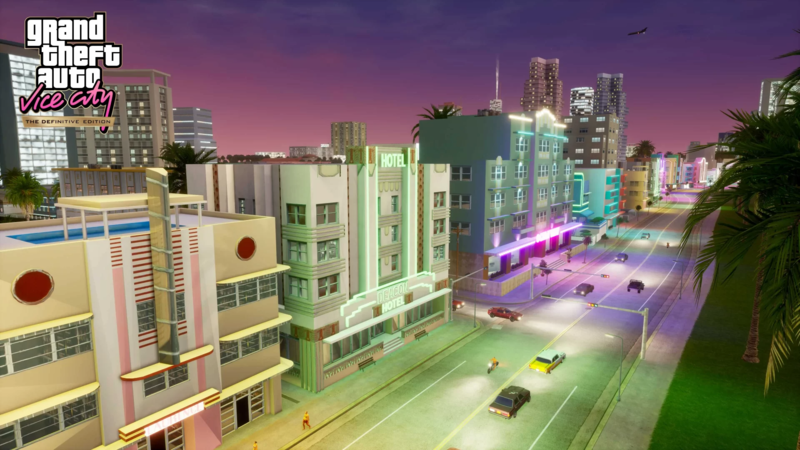 4.3
With the release of Grand Theft Auto: The Trilogy - The Definitive Edition, both new and returning players alike are experiencing Vice City in a new light. This is because the GTA: The Trilogy has completely overhauled the original game on every technical front possible with additions such as updated scenic environments plus upping the in-game draw distance. However, not all the things the developers added were positive, with one new bug making the action-crime satire's story mode almost unbeatable.

For the uninitiated, GTA: Vice City takes place in the 1980s and stars Tommy Vercetti, a gangster who is sent to Florida to take part in a drug deal. But after one sour deal and a police ambush, Tommy is forced to set up his own illegal rackets to survive, angering his former friend and boss in the process. Yet, just like Rome, vast criminal empires are not built in a day. So Tommy must take part in a wild assortment of dangerous missions to make his dream a reality.

However, one major glitch in the remastered GTA Trilogy completely shatters Tommy's wicked dreams by making one level unbeatable for some players. This occurs in "Cop Land," a job triggered on Starfish Island in the latter half of Vice City. This tough assignment demands Tommy to gain a wanted level so that the police pursue him into a secret lock-up. There, the cop car is hijacked by Tommy and driven to the Tarbush Coffee Shop in the Mall.


To complete this strenuous mission, Tommy needs to stroll inside the coffee shop and plant a bomb. This is achieved by simply stepping on top of the pink in-game mission marker, which will trigger a cinematic of Tommy running away as the device explodes. But unfortunately, for many players of the Grand Theft Auto: The Trilogy - The Definitive Edition, Tommy is uncontrollably killed in this explosion, forcibly resulting in a mission failure.

Just like the invisible cop glitch in GTA Vice City, this unfair glitch is completely out of the player's hands. With that said, a workaround has been discovered that makes passing "Cop Land" a little easier. This involves parking the cop car at the entrance and then using the alley door above the bribery to enter the mall. Now inside, slowly enter the cafe and plant the bomb. With the device armed, exit the coffee shop but wait for the cutscene to trigger. After the explosion, exit back through the bribery door.

In summary, numerous bugs like this have shamingly tainted the re-release of these industry-defining games. In spite of that, it should come as some relief to gamers that the GTA Trilogy developers have promised updates and fixes, which should hopefully make Tommy's adventures in Vice City run smoother.