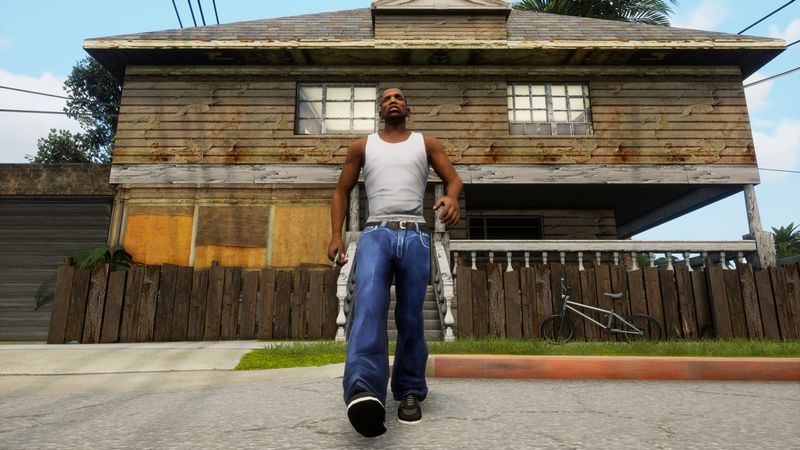 The Definitive Edition, which includes remasters of PS2 games GTAs III, Vice City and San Andreas, is available to pre-load now on consoles and launches digitally at 7am ET / 10am ET / 3pm GMT on November 11 for PS5, Xbox Series X/S, Switch, PS4, Xbox One and PC via the Rockstar Games Launcher.

The first official gameplay for the collection, which can be viewed in the three videos below, compares footage of the Definitive Editions with the original versions of the games.

Rockstar has also released a new batch of screenshots for the collection, which can be viewed below.

Earlier on Wednesday, Rockstar published an official Grand Theft Auto: The Trilogy – The Definitive Edition feature list detailing all the enhancements made across the collection.

According to the publisher, GTA: The Trilogy features “across-the-board upgrades” including graphical improvements and modern gameplay enhancements for all three titles, while “still maintaining the classic look and feel of the originals”.

Previous re-releases of the trilogy on iOS, Android, PS2 Classics (on PS3 and PS4) and the Rockstar Game Launcher on PC saw a number of tracks removed, most notably two Michael Jackson songs.
‹ ›