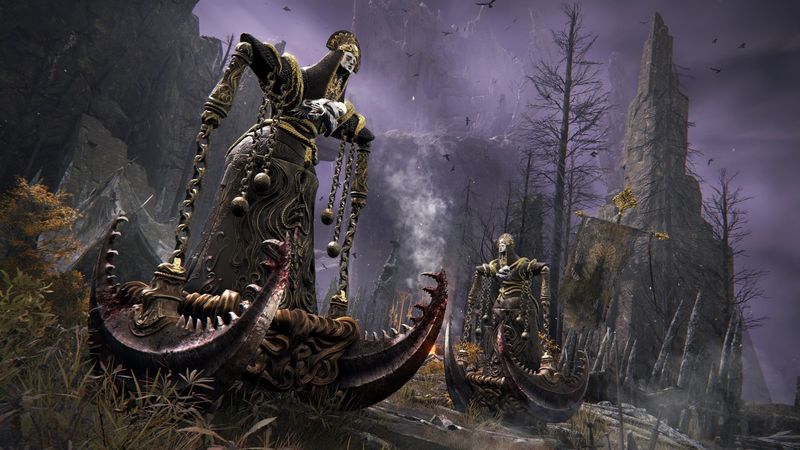 5
Elden Ring is still over three months away from launch, thanks to its recent delay, but even so, there’s been a steady stream of new updates on the game, with new details and information being released at a pretty regular clip. Recently, for instance, we also got an update of roughly how big the game’s file size will be on Xbox console.

Elden Ring’s page on the Xbox Store was recently updated, and as per the page, Xbox Series X/S and Xbox One players will require roughly 50 GB of free storage space for FromSoftware’s upcoming RPG. 50 GB is pretty ordinary going by current standards, and though FromSoftware’s past games have tended to be significantly smaller, given the fact that Elden Ring will be a full-fledged open world game, this jump doesn’t come as too much of a surprise.

Recently, Bandai Namco also revealed full spec details for the game on all platforms, confirming 4K, 60 FPS, and ray-tracing support for the game on PC, PS5, and Xbox Series X.

Elden Ring launches on February 25 for PS5, Xbox Series X/S, PS4, Xbox One, and PC. A closed network test of the game is kicking off on November 12.