Over an hour of GTA Trilogy gameplay footage has leaked 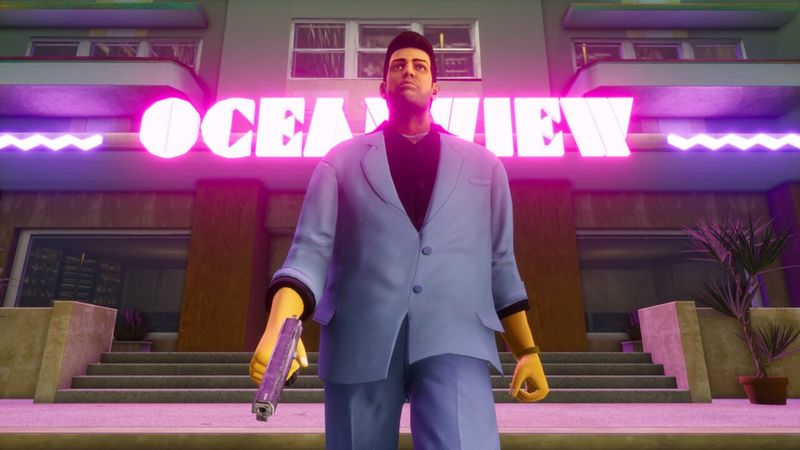 3.3
Gameplay footage from Grand Theft Auto: The Trilogy – The Definitive Edition has leaked online, ahead of the game’s release.

One user in particular has uploaded more than an hour of footage spanning all three games.

This includes a series of animated GIFs the publisher released yesterday to help build hype for the game.

The new footage, however, shows the actual game in action, highlighting the differences made, such as the inclusion of the weapon wheel from later GTA games.

The Definitive Edition, which includes remasters of PS2 games GTA III, Vice City and San Andreas, is available to pre-load now on consoles and launches digitally at 7am ET / 10am ET / 3pm GMT on November 11 for PS5, Xbox Series X/S, Switch, PS4, Xbox One and PC via the Rockstar Games Launcher.

According to Rockstar, GTA: The Trilogy will feature “across-the-board upgrades” including graphical improvements and modern gameplay enhancements for all three titles, while “still maintaining the classic look and feel of the originals”.

"Over an hour of GTA Trilogy gameplay footage has leaked" :: Login/Create an Account :: 4 comments

Kaizala Looks horrific, what a shame.

Agreed. Companies should replace textures fully for Remastered games instead of just trying to touch them up a little, doing little to nothing in the end.

Looks horrific, what a shame.

this game brings back such great memories

Wasn't leaked. PlayStation had released them 12AM instead of the agreed time by rockstar, so it is already out in Australia.