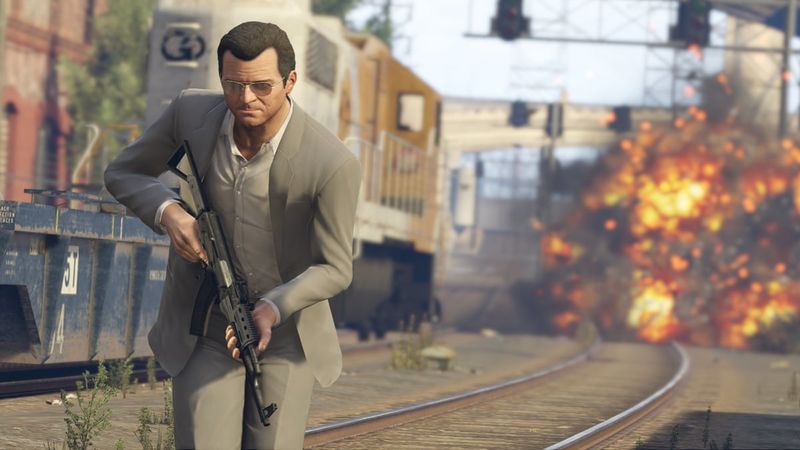 3.2
As part of Take-Two's earnings report, the company revealed that it has a whopping 62 games planned for release by the end of FY 2024, which is March 2024.

These games were listed off in a slide for Take-Two's FY22-24 pipeline. It includes 23 "Immersive Core" titles, six "Independent" games from its Private Division label, 20 mobile games, 4 "Mid Core" games, and nine "New Iterations of Previously Released Titles." You can see Take-Two's definitions of these five categories listed below.

The slide contains an important caveat that explains that this is only a "snapshot" of Take-Two's existing development pipeline. Not all will necessarily be seen through to release. "It is likely that some of these titles will not be developed through completion, or some, may be delayed, and we may also add new titles to our slate," Take-Two said.

As an example of Take-Two not seeing every game through to completion, the company just announced it canceled an unannounced game with associated costs of $53 million. 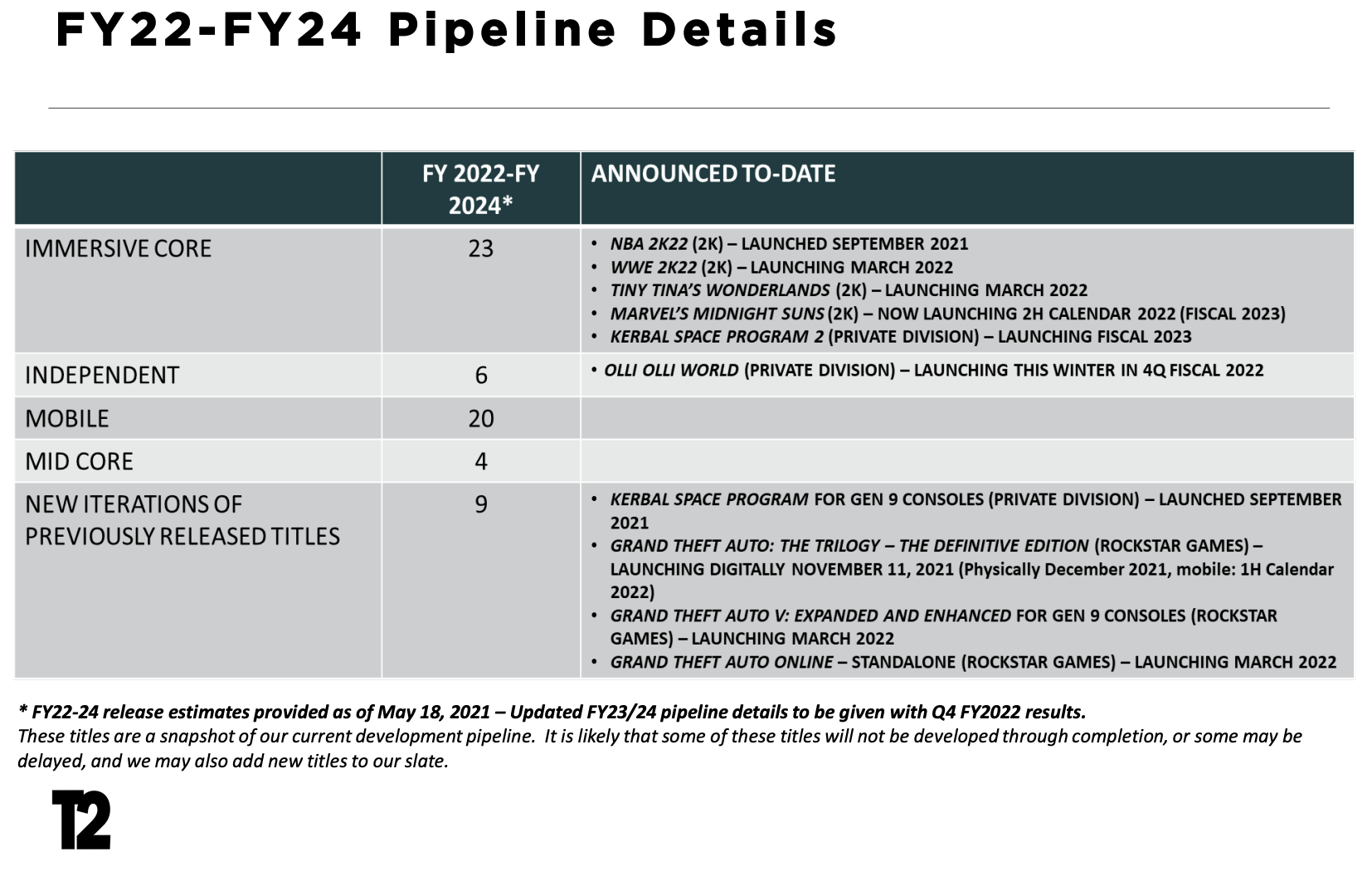 To help with Take-Two's ambitious plans, the company has been increasing its headcount in recent years. For the latest year, Take-Two had a development studio staff of 5,046, a number that has been been steadily growing in recent years.

People are naturally wondering if the rumored Grand Theft Auto 6 might be among the new Take-Two games coming over the next few years, but the company made no mention of this. 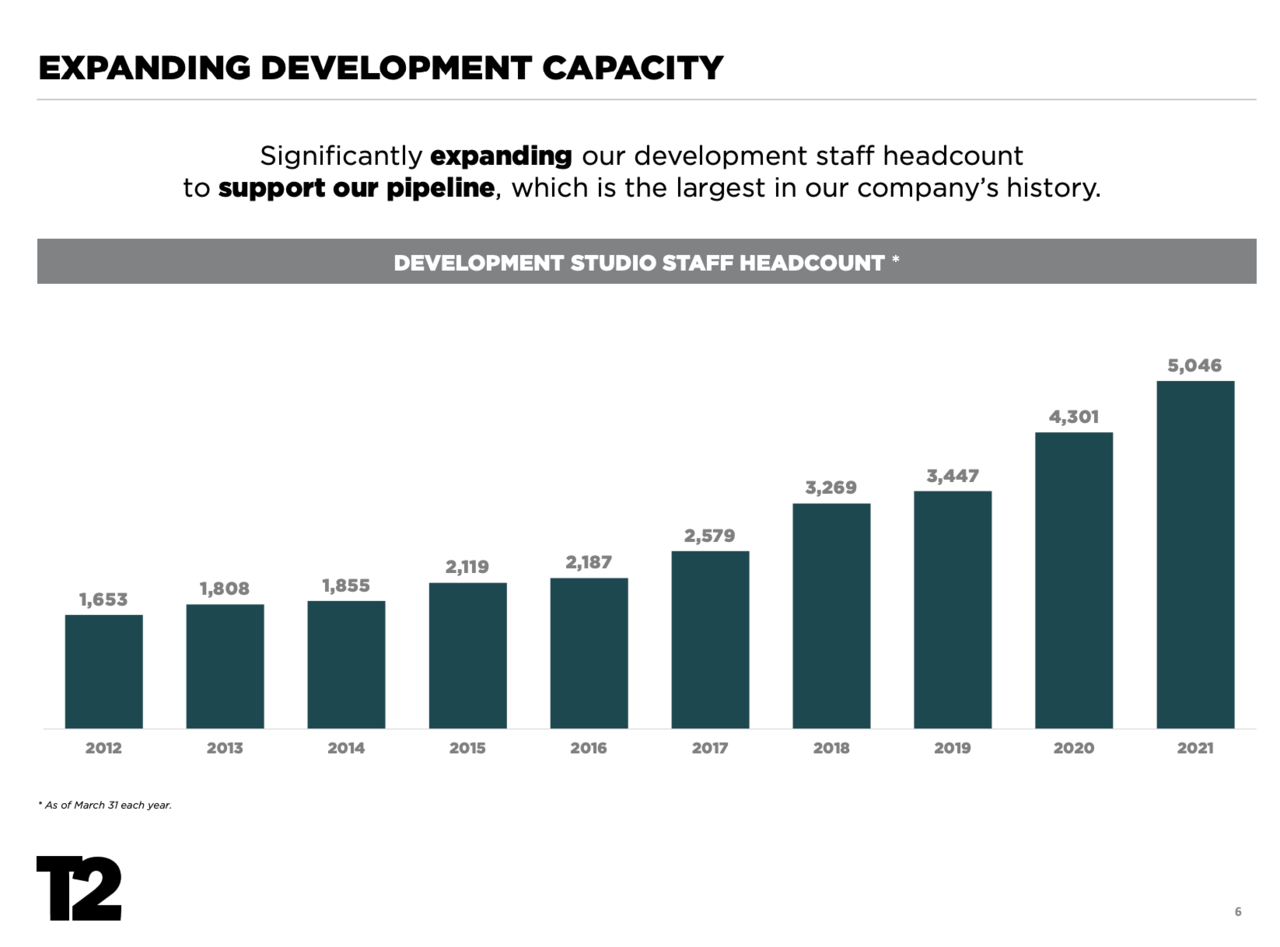