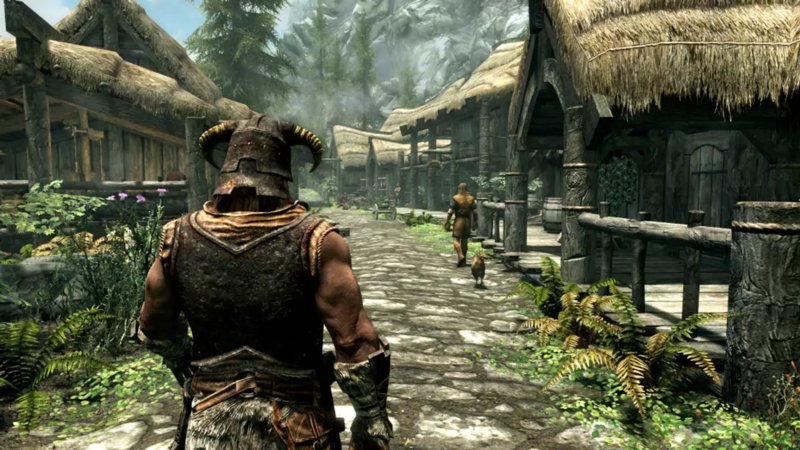 4
Bethesda shared a new trailer for The Elder Scrolls V: Skyrim Anniversary Edition on Friday to go over some of the new content that's coming to the game when its latest rerelease launches. We already know that this version of the game would come with "all previously released Creation Club creations" including the fishing, survival mode, and more that are coming to Skyrim Special Edition, but the same trailer also detailed this week some totally new Creations that'll be added to the game.

The first of those is called "Ghost of the Tribunal" and is a Creation that consists of new quests, gear, and more for players to pursue. The gear players will find in these quests comes from The Elder Scrolls III: Morrowind, so those who remember that game fondly will be happy to see the additions showcased in the trailer below.

Explore some of the Creation Club content included in the Skyrim10 Anniversary Edition as well as the free creations coming to all Special Edition owners. #Skyrim10https://t.co/Rh5zKFtd2R pic.twitter.com/vn5UdmvQZs


"We'll also be bringing a ton of new Creation Club content to the Anniversary Edition including new modes and some amazing new quests to tap into Tamriel's history," said Daniel Lee, the dev lead for Skyrim's Creation Club.
"In Ghost of the Tribunal you'll earn over a dozen new weapons and armor featured in The Elder Scrolls III: Morrowind."


Along with those Morrowind-inspired quests and items, players will also get some quests and gear reminiscent of The Elder Scrolls IV: Oblivion.

In The Cause, you'll encounter the Mythic Dawn who are trying to form a new Oblivion Gate," Lee said. "Featuring brand new enemies, locations, weapons, and even a conjurable Daedric Horse. These new creations along with all the other content we've mentioned today all come bundled in the Skyrim Anniversary Edition making it the most comprehensive package to date."

While these will be totally new additions to the Skyrim Anniversary Edition, those who have favorite Creation Club products can expect to see them included as well since everything from the program is packaged into this new version. For those who own the Skyrim Special Edition but aren't planning on buying the Skyrim Anniversary Edition, you'll still be getting some new content, too. That version of the game that's currently available will get fishing, a survival mode, the Rare Curios Creation, and the Saints & Seducers Creation, too.