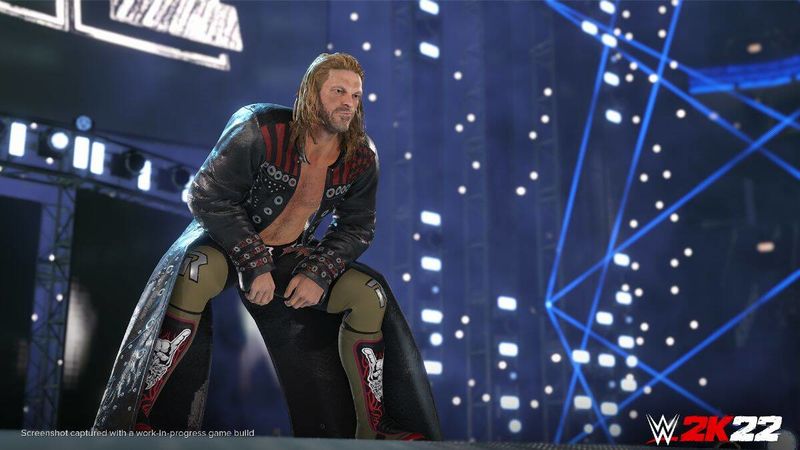 4
A new WWE 2K22 leak has divided WWE 2K fans looking forward to the game, which is scheduled to release in a few months, presumably via the PC, PS4, PS5, Xbox One, Xbox Series S, and Xbox Series X. The last time 2K released a WWE 2K game it was WWE 2K20, which was so disastrous that WWE 2K21 was never made. That said, next year the series is returning via WWE 2K22, and it might do so with some NBA 2K-like microtransactions.

Over on Twitter, Viking Size Gamer relayed word that "a WWE 2K CDN hosted by 2K Sports is publicly accessible and shows illustrations and 3D renders for VC in a folder labeled 2K22/Store." Viking Size Gamer continued, "purchases in WWE 2K22 look like they're heading the NBA route with VC available in bulk up to 450,000, roughly worth $100."

As you may know, NBA 2K22's monetization is infamous, and that's because it's terrible for players. It's good for making 2K money, but there's a reason it has the reputation it does. Despite this, the leak isn't causing much backlash. It is, but not universally.

"Doesn't bother me, if they can get more benefit from 2K22 then perfect, they need to get more money after the failure that 2K20 was," writes one fan. "Look I can understand people's frustrations, but look at it from a business point of view," adds another fan. "2K20 and Battlegrounds failed, they need to make money back from those, maybe this is just a one-time thing or it may come back until they get the money back from those losses. Time will tell."

While there's a surprising amount of fans not phased by the leak, others are already sounding the alarm on the game and calling out the practice.

"Not surprised! Hopefully it's cosmetic, but it's probably going to be a paywall," writes a fan."Their product is out of touch. It only makes sense that their game is. What's said is so many children will be sucked into this predatory game structure. They are creating future gambling addicts."

At the moment of publishing, neither 2K nor Visual Concepts have addressed the leak and the division it has caused. If this changes, we will be sure to update the story accordingly.