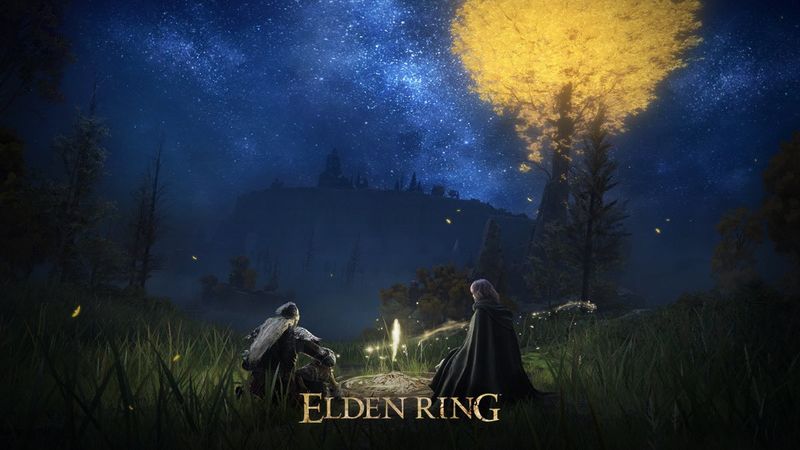 4.7
Bandai Namco and FromSoftware announced earlier this week that, unfortunately, Elden Ring would be delayed from its January 2022 release window. Instead, the highly-anticipated action game will now be arriving roughly one month later at the end of February. And while this news on its own was pretty disappointing for a number of fans, FromSoftware has tried to ease this annoyance by revealing a few new looks at Elden Ring in the meantime.

Over the past few days, the official Elden Ring account on social media has been highlighting a few new looks at the game in the form of some new screenshots. The first of these new images, which you can find below, actually shows a number of different characters taking on an axe-wielding giant of some sort. The tweet that shared this image also encouraged fans to sign up for the forthcoming Network Test that Elden Ring will be holding. If you don't know what this is, essentially, it's a timed beta that will allow FromSoftware to test certain aspects of the title out prior to its launch next year.

Some challenges are best overcome with cooperation.

Register before November 1 and you may be selected to join the #ELDENRING Closed Network Test: https://t.co/fuF1iFvBGS pic.twitter.com/8elCqTAID2


The second image that was revealed was then much different in tone. Rather than highlighting any combat sequences from Elden Ring, the screenshot showed off some of the more quiet moments that can be seen in the game. Specifically, this screenshot shows the player character gathered around a glowing object of some sort. Next to the player sits the character Melina, which will seemingly have an important role in Elden Ring. Based on the trailers that have been shown so far, Melina will be a guide of sorts within Elden Ring and will aid the player in certain ways.

"Traveler from beyond the Fog, I am Melina. I offer you an accord."#ELDENRING pic.twitter.com/zPre1ONcSM


In case you didn't see the news already, Elden Ring is now poised to release next year on February 25. It will be coming to all PlayStation, Xbox, and PC platforms when it does end up hitting store shelves in 2022.