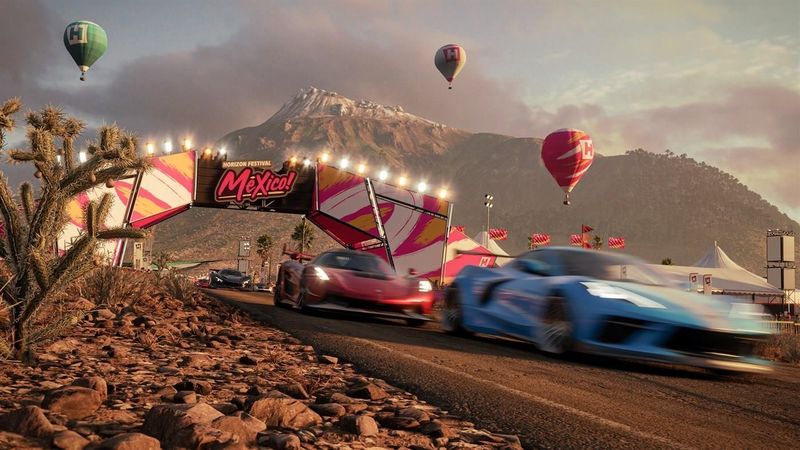 4.5
The Forza Horizon 5 file size has been revealed, as pre-load for the game goes live across Xbox consoles and PC.

Forza series developer Playground Games has announced that pre-loads for the upcoming Forza Horizon 5 are now live across PC, Xbox One, Xbox Series X, and Xbox Series S. Additionally, a blog post from the developer revealed the massive file size of the racing sim, which is 103GB on PC and new-gen Xbox consoles, but climbs up to 116GB on Xbox One.

"With the high-speed internal SSD storage found on Xbox Series X|S consoles, we’ve reduced the install footprint of Forza Horizon 5 on those systems by optimizing our assets for higher bandwidth streaming," Playground wrote on the blog post, explaining to readers and last-gen Xbox One owners why their version of the game is bigger.

It's worth mentioning that Forza Horizon 5 is available for pre-load on all systems, no matter if you've outright purchased the game, or are downloading it through Xbox Game Pass. Subscription service members can jump into the pre-load action right now alongside everyone else, which means no one will have to wait come launch day for the game to download.

Forza Horizon 5 launches next month on November 5 for PC, Xbox One, Xbox Series X, and Xbox Series S. There's not long to go now until we're racing around an incredibly realistic recreation of Mexico from the comfort of supercar seats, and if you want to check if your PCs up to handling Playground's game, you can check out the Forza Horizon 5 system requirements for a complete rundown.