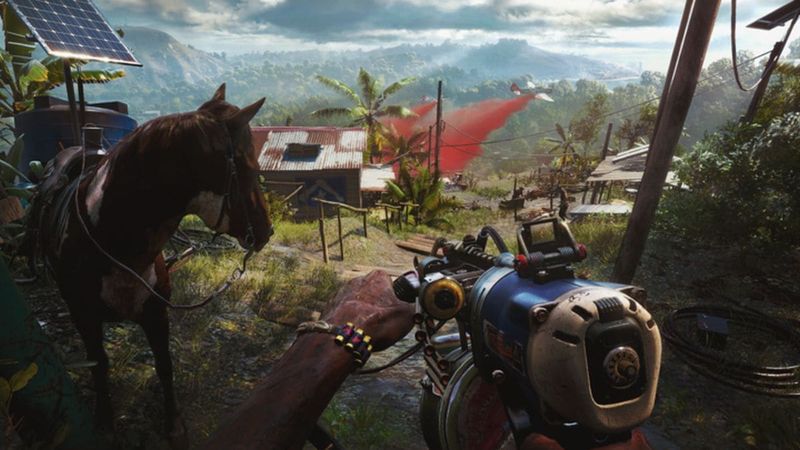 3.7
Ubisoft’s Far Cry 6 is only a few days away from launch but there’s still plenty we don’t know about it. A new video has been released which details six new features that players can expect. While there’s plenty of known info, like being able to choose from a male or female Dani Rojas, there’s plenty of new details as well.

This includes Ammo Types which range from soft and armor piercing to incendiary and poison. Depending on the enemy being faced, you might want to keep different ammo types handy (armor piercing is more effective on Heavies, for example). But the best part is that you don’t need to carry special ammo – if you have regular ammo for a weapon type, it automatically changes to suit the ammo type of the weapon.

There’s also the Gear system which offers different skills, like automatically extinguishing any fires on the player or gaining a speed boost after sliding. But there’s also transmog, allowing you to keep a gear piece’s stats while changing its looks. Horses are also worth noting as they’re good for navigating steep and rocky terrain.

Far Cry 6 is out on October 7th for Xbox One, Xbox Series X/S, PS4, PS5, PC and Google Stadia. Stay tuned for more details in the meantime.

Xbox4TW "Ubisoft's Far Cry 6 is only a few days away from launch" Literally already out before this was posted. Ok.

Yeah, Sean can be a little slow on posting the news on TTG

"Ubisoft's Far Cry 6 is only a few days away from launch" Literally already out before this was posted. Ok.