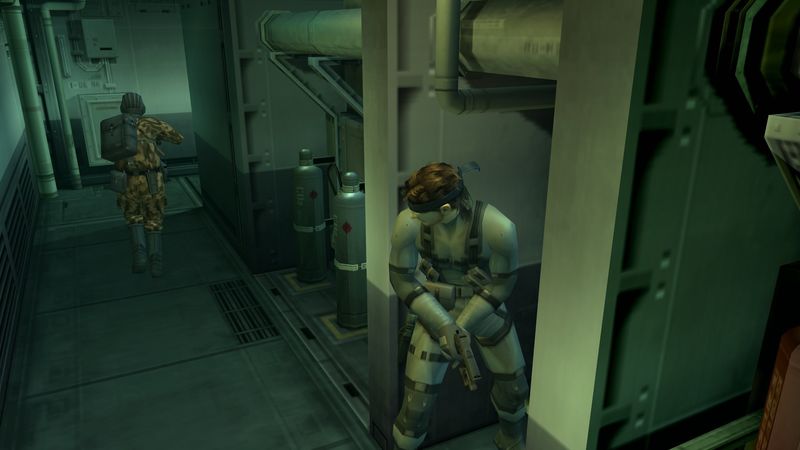 3.8
Bluepoint Games has made a name for itself as one of the best studios when it comes to video game remakes. Bluepoint's work on titles Shadow of the Colossus and the Demon's Souls PS5 remake has been especially impressive, with fans excited to see what the studio is going to do next. If a reputable leaker is to be believed, it seems one of the projects Bluepoint Games has in the pipeline is yet another remake.

Fans should always take leaks like this with a grain of salt, though Millie A has proven to be more reliable than many other leakers online. Millie A definitely seems to have genuine insider information, but it's still better to treat claims like this with skepticism until official sources sound off on them.

Bluepoint who are an official PlayStation Studio as of yesterday, have 2 projects in development.

2) Remake of a beloved game


While Bluepoint Games may not be developing a Metal Gear Solid remake, it seems MGS fans still have a lot to look forward to in the future. Reports have indicated that Konami is producing a Metal Gear Solid 3 remake and is looking to bring the other MGS games to modern platforms. There's been nothing official about any of that either, but the reports have been backed up by multiple industry insiders.

As for what game Bluepoint Games could be remaking instead of Metal Gear Solid, that's anyone's guess. Since PlayStation acquired Bluepoint Games, one would think the studio is working on a classic PlayStation game, but that remains to be seen.

There are numerous options for Bluepoint Games when it comes to remaking classic PlayStation games, so it's hard to guess what it could be. There are those who really want to see a Legend of Dragoon remake, but others may want to see a different game remade instead. Whatever the case may be, the only project Bluepoint Games has confirmed is in development is its completely original game, so fans will just have to wait and see if it has anything else in the pipeline.