Rockstar Called On To Remove Transphobic Content From GTA 5 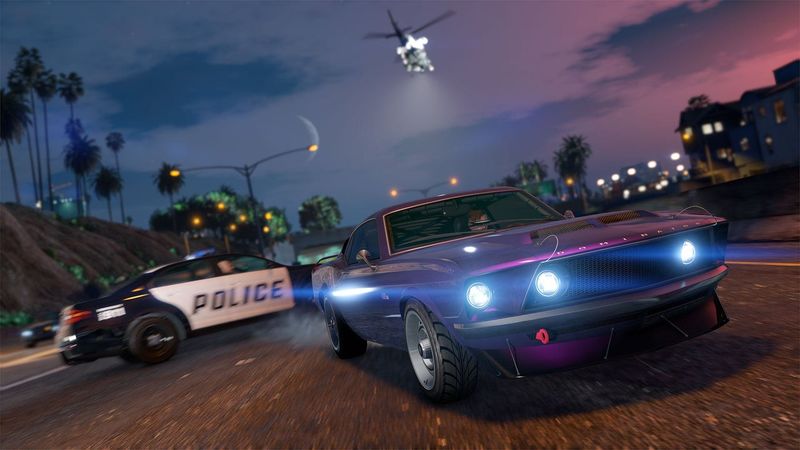 4.6
LGBTQ+ gaming industry advocate group Out Making Games has penned an open letter to Rockstar, calling on the company to remove transphobic content from Grand Theft Auto 5 in its upcoming Expanded and Enhanced rerelease. While saying that they “love” the studio’s games they call for it to remove transphobic NPCs so the game will “have a positive impact on the new generation of players who will pick up a copy.”

Many argue that the game’s inclusion of transphobic NPCs is not only hurtful, but also makes trans and gender non-conforming people the subject of a cruel joke, with the depictions intended to “repulse”, as set out in the letter. With the re-release recently hit with a delay, they are calling for these stereotypes to be removed before launch.

“Given this is an ‘Enhanced and Expanded’ edition, change is a selling point”, the group says in the letter. “2020 was one of the most violent years for trans people since recording began. In 2020, over 350 trans and gender diverse people were murdered. Many were killed inside their own homes.”

The group also quotes a recent piece by Kotaku, which highlights that the original game’s depiction of trans NPCs resulted in players recording videos attacking them for their own amusement.

“We reject any argument of ‘equal opportunity violence’ against all types of characters in GTA 5. That argument is missing the point”, they write. “Given the cultural impact GTA 5 has around the world, Rockstar has a social responsibility to your players (many of whom may be LGBTQ+), to your staff and to the world at large to not promote violence against trans and gender diverse people.

“The 2022 release of Grand Theft Auto 5 Enhanced & Expanded [sic] could be a unique opportunity for Rockstar to correct the problem. We would like to hear back about your plans to address the issue of portrayals of trans and gender diverse characters in GTA 5.”

Grand Theft Auto 5 Expanded and Enhanced was recently delayed to 2022. It is set to launch next March.

Typical nonsense from a "group"

It that thing and gross are my pronouns

xSIDxBUDDA This article is so dumb you shouldn't promote violence against trans but it's ok to promote it against everyone else? You're not special for being trans

I thought the point of this game was to be allowed to be free of any rules. You can kill everyone and blow up or steal everything, but the group thinks removing transphobic npcs will have a positive impact on new players? lol ok, from a moral POV, that's definitely what the problem is with this game......

This article is so dumb you shouldn't promote violence against trans but it's ok to promote it against everyone else? You're not special for being trans