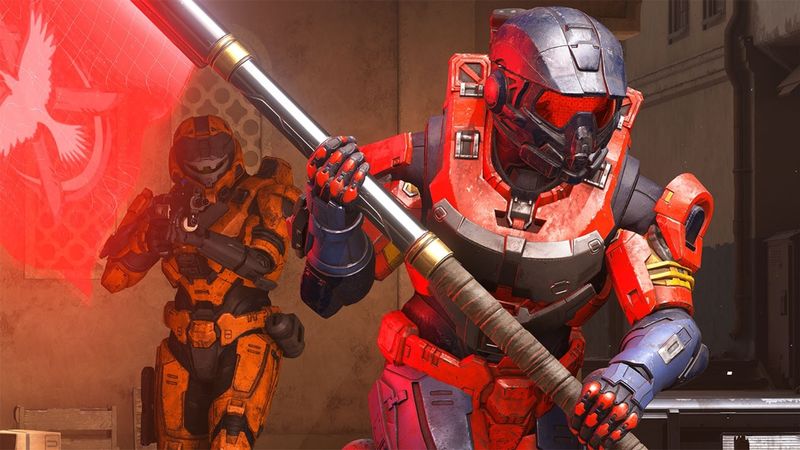 3.7
Xbox Game Studios and 343 Industries have finally unleashed Halo Infinite's multiplayer to a huge population of players for testing. The latest Halo Infinite test has been open not just to registered Halo Insiders, but also to their friends. The result is a diverse range of players getting access to Halo Infinite multiplayer for the first time, where they're able to see and judge the gameplay for themselves. One line of feedback has been unsurprisingly common. Halo Infinite players are questioning where teammate collision is.

Posts shared on Reddit and on Twitter are calling attention to what they see as a major missing feature in Halo Infinite. That feature is teammate collision, which prevents players from moving through their teammates. Halo fans believe teammate collision adds strategic depth to a game and that it would make Halo Infinite a better experience.

What Halo players point to when they say strategic depth is the unique interactions that can come through teammate collision. For example, "stacking," where one player crouches and another stands on their back. This can create sightlines that are unexpected in a competitive environment. Alternatively, players can use jumping off of a teammates' back to reach otherwise inaccessible locations faster or more easily than alone.

Halo is looking wonderful, but this is a massive problem. I’m not sure if this is just a testing thing or an optional feature or what, but the fact that nobody on the team argued against this being a default setting worries me.

This destroys so many custom games it’s insane. https://t.co/PklVVIjr1r


343 has, up until this point, said nothing about the possibility of introducing teammate collisions into Halo Infinite. That, unfortunately, leaves much up to the imagination. It could mean that 343 plans to implement collision before Halo Infinite's December launch. Or it could mean that 343 was hoping players would simply accept it and it wouldn't become a topic of conversation. Unfortunately, given 343's silence on the matter, it's likely the latter.

There's good reason for 343 Industries to potentially not want to introduce player collision, after all. What players call "strategic depth" could also be a strategic nightmare for developers. It makes certain areas accessible that may not have been otherwise and makes balancing maps that much harder due to the various "tricks" players can do with stacking.

With over two months left until Halo Infinite's launch, two possible scenarios arise. In one, either 343 already plans to implement collision or Halo fans persuade 343 and it changes before launch. In scenario two, it's too late or 343 has no interest in implementing the feature. In either scenario, Halo fans should still make sure 343 knows their preference. Hopefully, a response from 343 is offered at the very least.