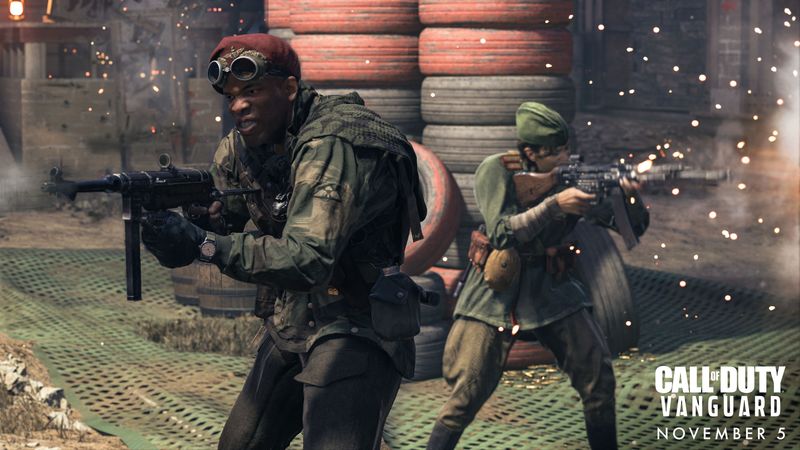 4
Activision's Call of Duty games employ skill-based matchmaking, or SBMM, which makes sure that newer players don't end up facing off with the best of the best online. It's a good way to ease players into the games, but not everyone is a fan of the practice. In a recent YouTube video, Call of Duty Pro Seth "Scump" Abner revealed that he would like to see Call of Duty: Vanguard do away with the practice. Scump has been outspoken about this in the past, but in this case, he revealed that SBMM also prevents him from making the type of "pub-stomp" videos many fans seem to enjoy.

"See, a lot of people ask me, 'why don't you do videos like that anymore?' You know what, the simple, short answer for that, folks, is skill-based matchmaking," said Scump. "You're just not going 88 and 0 against players that are around or the same skill level. It's just not happening. I know there's ways around it, people get around it. I don't do that, though. It's the sad reality of it, because I do know that people love pub-stomps like this, but it's just not really a thing, unless you finesse the system and get around it. We'll see next year what we can do. Trust me, I wish I could do videos like this."

Last year, players were dismayed to find that Call of Duty: Black Ops Cold War employed SBMM, and many took to Twitter to air their frustrations. Scump was particularly unhappy with the decision, claiming that "SBMM does not belong in Call of Duty." However, in the heat of this controversy, Treyarch's Martin Donlon addressed Tweets from one fan, revealing that every game since Call of Duty 4 has implemented SBMM in some way. Fans might not always be happy with how SBMM is implemented, but it has been present in the series for a very long time, and it's not a recent addition. Given that, it seems unlikely that it will go away soon, but perhaps we'll see some adjustments for the new game!

Call of Duty: Vanguard is set to release November 5th on PlayStation 4, PlayStation 5, Xbox One, Xbox Series X|S, and PC.

Call of Duty is a shell of what it used to be. All recent CoD's and all after Vanguard will only be DLC for Warzone. Its a shame. SBMM was the final straw though. Its just not fun playing sweaty people every game. You know what SBMM is called? RANKED. If I wanted to play ranked I would. The point of a video game is to play it and get better.

lolohnoeszsz Of course a "pro" wants it removed so he can farm low kd players instead of people at his skill level. Streamers are so entitled and have quite honestly ruined MP.

I mean its not really just streamers SBMM needs removed asap its terrible.

Of course a "pro" wants it removed so he can farm low kd players instead of people at his skill level. Streamers are so entitled and have quite honestly ruined MP.

Not sure that quote tells why they NEED to remove it. He would just like it removed. I find CoD games boring now mostly because of SBMM, but it's rare that I hear a good argument against it. Because you want to pub-stomp is one of the worst arguments. Probably the best argument I heard had to be people who feel they can't play with a friend who is quite worse than them since they would be destroyed in that lobby. Yeah, that does suck, but it'd still suck for new(er) people to be matched with you. Overall, I feel CoD (and other games) needs to keep it to where you are facing people relatively close to your skill. Maybe they can be a little more lenient, but I can't see them moving too far from it. There is more money in it if SBMM stays.