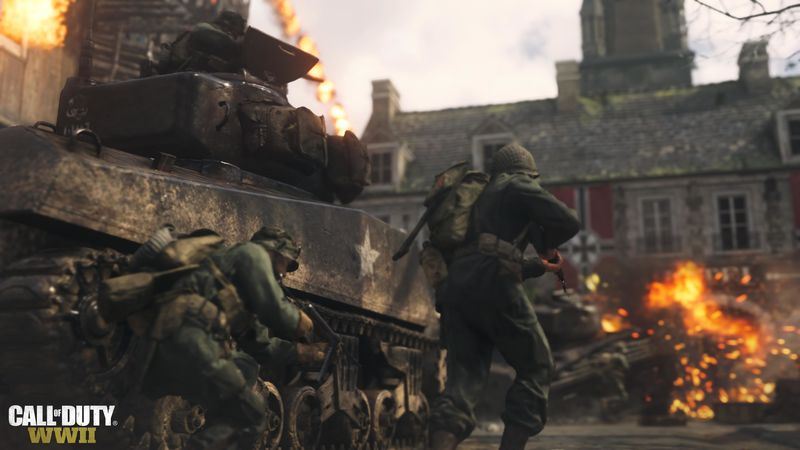 3.7
Call of Duty: Vanguard is set to release in less than two months, and plenty of Call of Duty fans are excited for this next entry into the extremely popular first-person shooter series. The Call of Duty: Vanguard beta has kicked off for PS4 and PS5 players, allowing fans to get a taste of what is to come. As enjoyable as the experience may be, the game is reminding players of a mode from another World War 2-themed Call of Duty title that they'd like to see return.

Call of Duty: WW2's War game mode was an objective mode in which players attacked or defended in specific maps designed for the mode. Teams would have objectives such as building a bridge, setting charges and blowing up target locations, or even storm beaches, and more. Teams would then progress through a level in an attempt to complete each objective, while the other team would try to stop them. The mode was popular and apparently beloved.

Recently a Reddit user named emperorpeterr reminded Sledgehammer of the mode and pleaded with the developer to bring it back with Call of Duty: Vanguard, and plenty of players chimed in with agreement. One of the aspects that made the mode successful was that things like kill/death ratios were not counted towards a player's stats, so individuals seemed to truly play the objective and care about winning. The commenters of the post agree that the mode is one of the best that the series has produced.


Call of Duty: Vanguard will be receiving a new mode with Champion Hill, a smaller scale and team-oriented mode. But while Call of Duty: Modern Warfare introduced its competitive mode in Gunfight, and Vanguard has Champion Hill as its high-stakes competitive mode, there appear to be a plethora of fans who would love to see the return of the large scale battles of War, which feels right at home in the World War 2 setting.

Call of Duty: Vanguard is set to release on November 5 for PC, PS4, PS5, Xbox One, and Xbox Series X.

The only game mode I played on WW2 so much chaos going on In that mode! I even miss when the game announcer yells at you at random times.