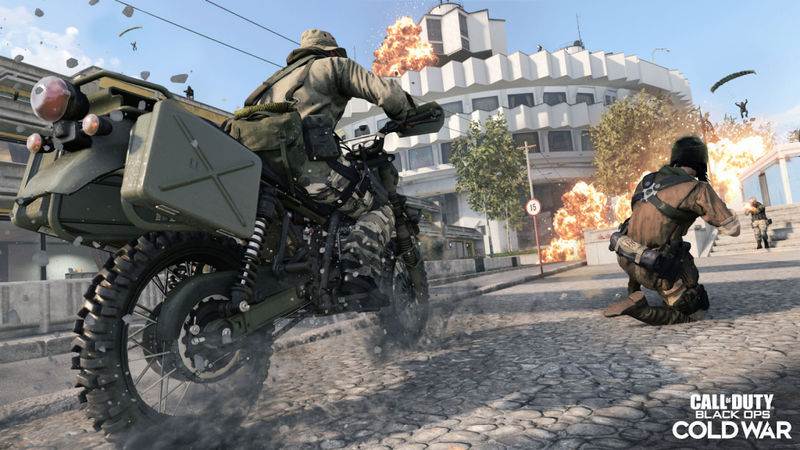 The most effective and widespread cheats in Call of Duty: Warzone are wallhacks and aim bots. In the case of the former, players can see their opponents through walls, preparing for them and pre-firing right when they are about to turn the corner. Aimbots are even more frustrating, as they allow a player to aim perfectly, snapping right to their targets with perfect accuracy. With the recent silent aim hacks, cheaters do not even need to aim down their sights, as they can obliterate anyone while hipfiring.

Call of Duty: Warzone’s silent aim and wall hacks have made the game genuinely unplayable for many, though the latest hack is quite different. As shown by Reddit user Aquilo3D, the latest cheat sees hacking players able to launch themselves into the sky on a motorcycle or other vehicle. While this may sound silly and less gamebreaking than an aimbot, that is not the case, as the vehicles are far from harmless harmless. In fact, players can rack up kills just as easily as they can with an aimbot.


The only reason the hackers were caught in Aquilo3D’s clip is because of the killcam. After pulling off the cheap Call of Duty: Warzone kill, the bike riders fly straight up into the sky to look for their next victim. As shown in the clip, the cheaters do not need to fly anywhere or drive the vehicle as it moves through the sky. Instead, they simply lock onto an enemy and drop from above, picking up a roadkill. With this cheat, they never have to fight anyone, as they can disappear after every roadkill.

Part of what makes this Call of Duty: Warzone clip so infuriating is that the cheating is so obvious. As pointed out by several commenters, it is laughable that the game cannot detect cheats such as this one. While aimbots and wallhacks are widespread and annoying to deal with, they are popular cheats because they are so easy to hide. There is nothing stealthy about this flying motorcycle, however, as the players using it are openly cheating and have no fear of any potential consequences. While reports may get them banned, they can simply make a new account and use their cheats from there.

Hopefully, Call of Duty: Warzone’s new anti-cheat system can stop hacks like this from being used. Until it is officially added, though, it seems like hackers will be continuing to make the game a lot less fun.

I thought this has been a thing for a while. I mean I have seen this way before this artice.

One hack patched on to the next one xD lol