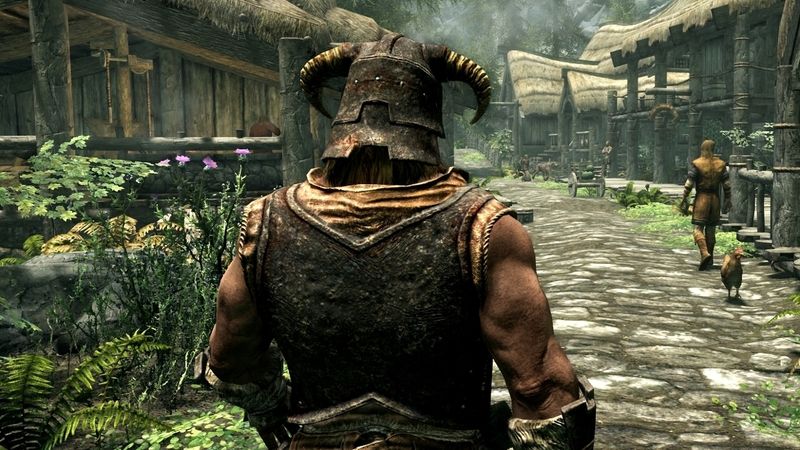 As spotted by GameRant, the Origins of Forest - 3D Forest Grass mod was designed to "reflect the dynamic growth of a great forest" by adding more lush foliage to the game’s forest environments. The mod’s creator 'forbeatn' (on Nexus Mods) created the mod to make the forest appear more "immersive and dynamic" whilst playing Skyrim in VR.

The recently updated Origins of the Forest mod gives Skyrim’s forests a beautiful boost with the addition of more grass, bushes, and other green foliage that sprouts to around the same height as players' waists, if not higher. This gives Skyrim’s forests more of a natural feel as without the mod they can sometimes appear a little barren.

The mod wasn’t created entirely from scratch though as according to its Nexus Mods listing, it is intended as an add-on to the 'Jedi Trees' mod, which also gives Skyrim’s forests boost. It appears a lot of players love a more dense forest as the mod now has almost 50,000 downloads.

We’ve seen a lot of impressive Skyrim mods gain attention recently, with some of our personal favorites including the mod that allows players to pet the dog, the one that offers a "complete overhaul" of the religion system, and the one which gives the Dovahkiin a Breath of the Wild-style paraglider.

In other Skyrim mod-related news, it recently came to light that a fan favorite mod - the ‘NoSkyrim’ mod - had been taken off of Nexus Mods due to it reportedly causing bugs in the game. The self-explanatory mod was created to stop fans from excessively playing the game by blocking any attempts to load it up. This removal of the mod sparked an online movemen