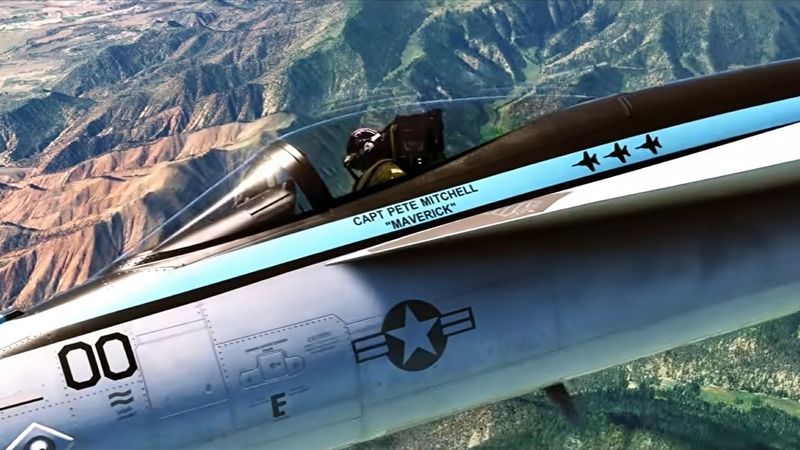 As announced over the last weekend by Asobo, developer behind Microsoft Flight Simulator, the Top Gun: Maverick DLC for the sim will now launch next year on May 27, 2022. The DLC has actually been delayed to match the new release date for the movie sequel, which was just recently delayed out of launching later this year in 2021.

As for what the Top Gun DLC is going to contain, it's slated to include fighter jets from the upcoming sequel. Asobo first unveiled the free DLC expansion for their game earlier this year at E3 2021 in June, and through the reveal trailer we glimpsed that Tom Cruise's very own jet would be joining the flight simulator. It also looks like we'll be able to jet off from special aircraft carriers when the update arrives.

It's been a long road for the Top Gun sequel. Originally slated to launch all the way back in December 2020, Maverick was subsequently delayed to July 2021 due to the COVID-19 pandemic, before being delayed a second time to November 2021. Now, Tom Cruise and Christopher McQuarrie's sequel has been delayed a third time, bringing the new release date to over 18 months after it was originally due to launch.

The Tom Cruise cinematic universe rolls on, however, as both Top Gun: Maverick and Mission Impossible 7 are now slated for arrival next year in 2022. If you're a fan of Cruise and his increasingly ridiculous stunts, then that's surely nothing but music to your ears.