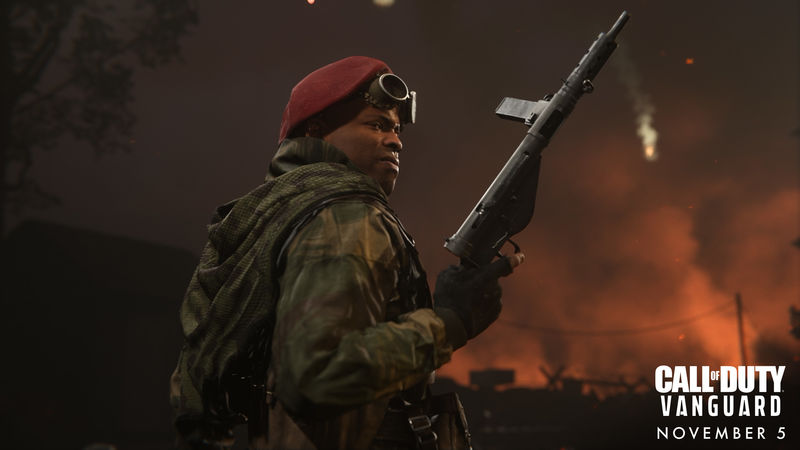 3.3
It was always unlikely to be there in the first place, but here's another game you can add to the "unlikely to appear at the PlayStation Showcase" list: Call of Duty: Vanguard. The game's multiplayer reveal is scheduled for tomorrow at 6pm BST / 10am PT / 1pm ET, taking place on YouTube. Details on the "maps, modes, weapons, new features" and more will be shared throughout the livestream.

Following the show, Call of Duty: Vanguard kickstarts its open beta this coming weekend, exclusively on PlayStation 5 and PS4. It will contain four maps, six modes (including Champion Hill), a level 30 cap on weapons, and some access to Operators. Following on from the first weekend of access, the beta returns on 16th September 2021 through to Monday.

The mode we know the most about is Champion Hill after a previous alpha test allowed PS5 and PS4 users to take it for a spin. Teams of two, three, or even four battle it out across a series of rounds against one another, whittling down a life pool until an opponent is eliminated. Cash can be earned by killing players and picking it up across the four Champion Hill maps, which can then be spent on upgrading weapons, killstreaks, and perks. The team with lives left at the end of it all wins the match.

In all likelihood, Team Deathmatch will be one of the modes joining the open beta this week. Sledgehammer Games will likely detail the full line-up tomorrow, so check back in roughly 24 hours for an update. If the single player campaign is more your thing, then Gamescom Opening Night Live recently shared 10 minutes of footage from those levels played on your lonesome.