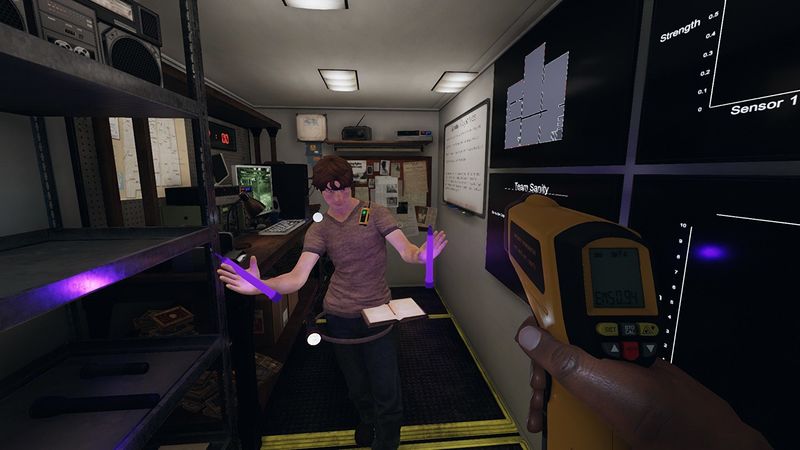 "While you've been gone, we've taken the time to upgrade all of your gear," explains the developer on Steam. "It's been improved in every aspect and some of it has received new functionality. We've also had several reports of new paranormal entities emerging from haunted locations. We need you to check them out as soon as possible."

Two "newly discovered" ghosts – Myling and Goryo – are now roaming the halls, but you can use the all-new DOTS projector to collate more evidence. Be careful using it, though; all equipment will now notify ghosts of your position during a hunt, so be sure to turn your devices off before going into hiding.

Hunt down the newly discovered Myling and Goryo, find distorted silhouettes with the new DOTS projector, and adapt to your new and improved equipment.#Phasmophobia pic.twitter.com/qJVm7BktzS


There are also changes to sprinting – you can now sprint for three seconds with a five-second cooldown, and player walking speed now matches the old sprint speed, which is super handy – but on the downside, ghosts can pursue you more quickly now, too!

For the full details, including bug fixes, head on over to the Steam page. There are also changes to glowsticks, the parabolic microphone (it can now only be used inside), and an updated tutorial. You should see visible improvements to lighting, "visual adjustments" and the UI now, too.

Phasmophobia developer Dknighter – who has single-handedly developed the cult horror and all its subsequent updates as Kinetic Games – recently confirmed they were expanding the team in order to keep up with the ghost game's popularity.

"Over the past few years I have been developing Phasmophobia on my own however due to how much it has grown in both popularity and its future content plans it is now time to expand the team," they explained in an update on Steam at the time. "I have now started the process of hiring an experienced artist and a programmer to work on Phasmophobia. They will both start working with me on future content very soon as well as improving and expanding on the current content."