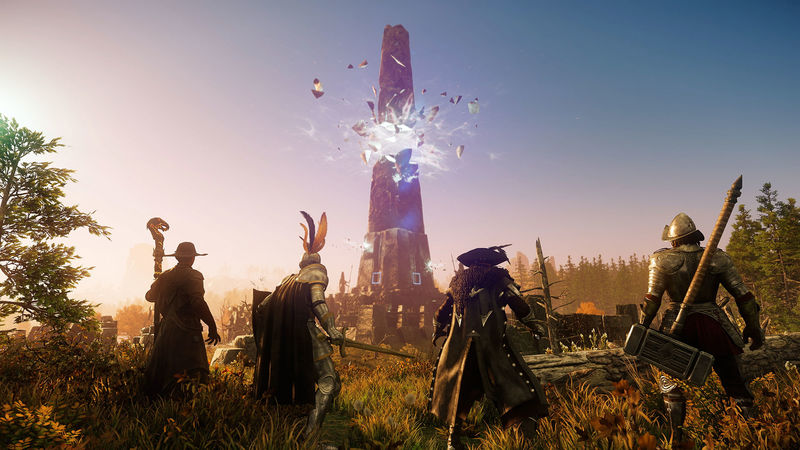 4
Amazon has announced it will be bringing an open beta to its MMO, New World, ahead of the game's proper launch on September 28.

A weekend-long open beta has been scheduled for the game, running from September 9 through September 12, with Amazon likely hoping to sway those unsure about the MMO contender to purchase the game at launch.

As part of the gamescom Opening Night Live livestream, Amazon showed off a brand new New World trailer (above), designed to set the tone and feel of the game for people who perhaps don't yet know what the game is all about. The trailer promises a story that will take you “from shipwrecked castaway to legendary hero”.

New World was originally slated for an August 25, 2020 release. But thanks to various development issues, the title was delayed to Spring 2021. Later in the year, Amazon delayed the game yet again, pushing it back just a little to August 31. After that, we ended up seeing the game pushed once more, this time to its new launch date of September 28.

Given that the studio is allowing players to jump into an open beta in a few weeks' time, we're hoping this means it won't be delayed again – though at this rate, we're not holding our breath.

New World has been received well so far: during the closed beta, more than a million folks played, and the game logged over 25 million hours – not bad for a brand new MMO. It also managed to attract an impressive 200,000 concurrent players too.

"New World gets an open beta soon ahead of late September launch" :: Login/Create an Account :: 0 comments