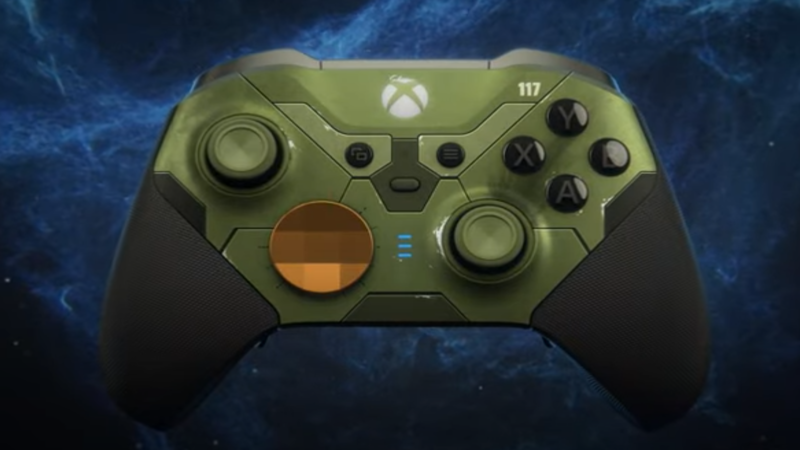 3.5
To coincide with the 20th anniversary of the Halo franchise and the upcoming release of Halo Infinite later this year, 343 Industries and Xbox have revealed a new Xbox Elite Wireless Series 2 controller that will be launching in the coming months. This is the first special edition Elite Series 2 controller that Xbox has revealed, and as you might expect, it's something that any major Halo fan might want to add to their collection.

As you can see in the tweet below that made this announcement, this Halo Infinite Xbox Elite controller is largely meant to resemble the franchise's primary protagonist, Master Chief. The controller is decked out in a green and black color scheme with hints of gold littered throughout as well. This model even contains the "117" insignia in the upper right corner of the controller, which is the number that Master Chief is assigned in the Halo series. As a whole, this is by far one of the most unique Xbox controllers that have released in recent years.

The armor makes you battle ready. Your spirit is what makes the fight. ​


The only potential downside with this Xbox Elite controller is that you're going to have to break the bank if you want to pick it up for yourself. Much like the base model of the Series 2 Elite controller, this Halo Infinite edition retails for a hefty $200. Although there are many more features available in this unit compared to a standard Xbox controller, that price is one that I imagine will be a tough sell for many.

Still, if you decide that this Halo Infinite Xbox controller is something that you want, pre-orders for it are available right now. And while Halo Infinite itself won't be releasing until December 8, this controller will launch the month prior on November 15.