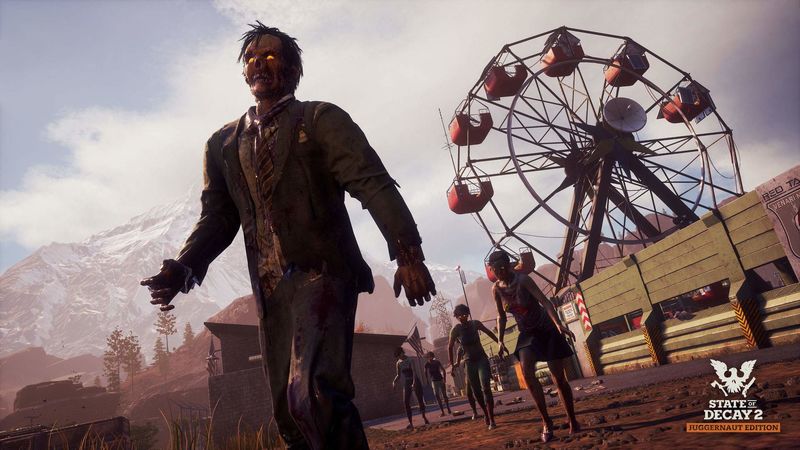 4.5
State of Decay 2 is getting brand new story-based DLC next month.

Revealed at Xbox's Gamescom 2021 showcase on August 24, State of Decay 2 is getting a brand new slate of DLC called Homecoming. As you can see for yourself in the trailer just below, the Homecoming DLC brings players back to the original Trumbell Valley map next month on September 1.

In fact, this Homecoming update that stars the return of the original map is actually launching for free for all players. Not only that, but anyone who owns State of Decay 2 through Xbox Game Pass will also net the new Homecoming DLC entirely for free, so there's plenty of reason to return to the horror game.

Contained within the new DLC for State of Decay 2 is six brand new bases to explore and kit out, and brand new melee weapons to take out the zombie monstrosities roaming America. We even saw someone clamber on top of a massive zombie at one point, to take out it with a decisive blow to the head.

Unfortunately, there's still no sign of State of Decay 3 anywhere on the horizon. You might recall that Xbox first unveiled the threequel last year in July, but since then, they've gone pretty radio silent so far as news regarding to the game. Nonetheless, it's nice to know that while we're waiting for State of Decay 3 to eventually arrive, there's the Homecoming update to delve into in just a week's time.

"State of Decay 2 Homecoming DLC brings in a new map and bases" :: Login/Create an Account :: 0 comments