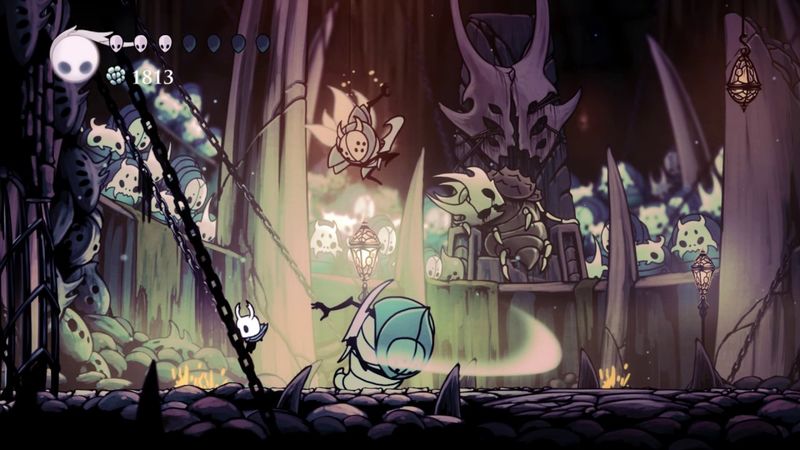 Originally released back in February 2017, Team Cherry's epic action-adventure through a vast ruined kingdom of insects and heroes became an indie darling, achieving acclaim and awards from critics and fans alike, arguably reinvigorating interest in the Metroidvania genre and inspiring a host of other adventure games.

Four years later, however, it seems it's just as popular as ever, securing a new all-time concurrent player peak on PC via Steam of over 12,000 players on August 5 – 12,891, to be exact, according to SteamDB (thanks, PCGN). Prior to that, the game had only breached 10,000 simultaneous players just a handful of times.

Why? Well, we're not sure, actually. Quite often news or rumors about an upcoming sequel can make fans yearn for some quality time with an old favorite again, but Team Cherry made sure we knew in advance that Silksong wasn't going to be making an appearance at E3 2021. Otherwise, "free" play weekends or big discounts can spark (or reignite) interest, too… but that doesn't seem to be the case here, either. Curiouser and curiouser, eh?

No matter the cause, it's great to see so many people exploring Hallownest again, and if you're chomping for news about that sequel, you're not the only one. Right now, Hollow Knight: Silksong is currently only scheduled to release on PC and Switch, and though it may come to other consoles too, just like its predecessor, Team Cherry said last year that nothing is decided yet.

Silksong will be set in a different insect kingdom that's entirely from Hallownest, the setting for Hollow Knight. According to Team Cherry, the fresh setting will boast new biomes, more structured quests tied to new allies, and – gulp – more than 150 new enemies and bosses, as well as improved combat and aerial acrobatics.

There's even better news if you supported Hollow Knight's Kickstarter; backers will also get a free copy of Silksong on PC or Switch providing long they contributed at least $10.

Good for them breaking record !