Resident Evil 4 remake is possibly being teased for Gamescom 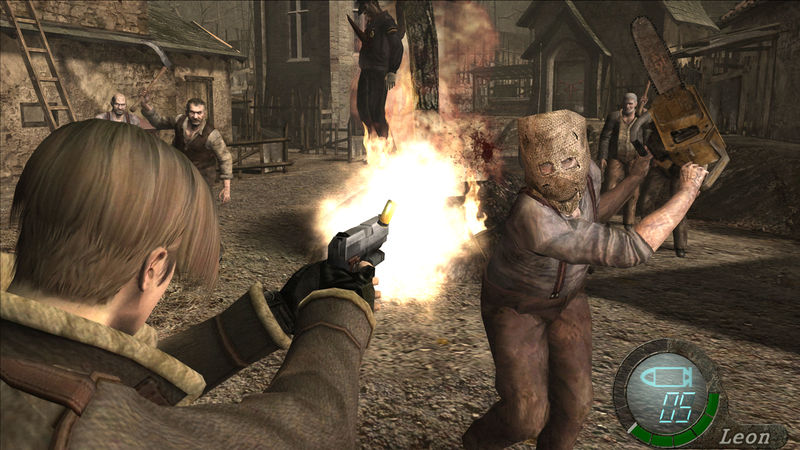 4
The official Resident Evil Twitter account seems to be teasing the long-rumoured Resident Evil 4 remake. With Gamescom around the corner, starting in just two days’ time on August 24, it’s entirely possible that Capcom may be planning to reveal the RE4 remake at the event.

It’s been all but confirmed that the next Resident Evil remake – after the highly successful Resident Evil 3 from last year – would be Resident Evil 4 rather than the likes of Code Veronica, with the game reportedly down for a release in 2022 if the rumours are correct. Supposedly original director Shinji Mikami has given the project his blessing, despite being unable to contribute because of his ongoing work on the oft-delayed Ghostwire: Tokyo.

The tweet from the official Resident Evil account can be seen below, and simply states “4, itchy, tasty”. It’s a reference to possibly the most famous log entry in any game ever, the Keeper’s Diary in Resident Evil 1 – where the writer slowly succumbs to the T-Virus over a course of several days.

However, the account generally doesn’t go in for such cute references and instead focuses on Resident Evil news such as the upcoming patch for Village. Having “4” in there so blatantly – along with Gamescom starting in 48 hours and what we know about the potential remake – has fans calling it out as a deliberate tease for a Resident Evil 4 reveal.


The Resident Evil franchise remains incredibly popular, with Resident Evil Village being one of 2021’s most successful games – enough to make Capcom start working on DLC expansions for the game. Resident Evil 4, though, remains arguably the biggest fan favourite title in the series, the game that rejuvenated the franchise – so a remake seems likely. Guess we’ll find out this week.

"Resident Evil 4 remake is possibly being teased for Gamescom" :: Login/Create an Account :: 3 comments

JS Resident evil 4 was by far my favourite resident evil ever. Can't imagine how many times I've completed it.

I know there's many channels crying about a remake but I'm down to play it over and over again.

They don't want the new Leon, they want the old one. Vintage Leon was so much better than the new version of him seen in the other remake.

Hopefully it will be out next year early enough. Can't wait to see Mr. Keneedy again.

Resident evil 4 was by far my favourite resident evil ever. Can't imagine how many times I've completed it.

I know there's many channels crying about a remake but I'm down to play it over and over again.