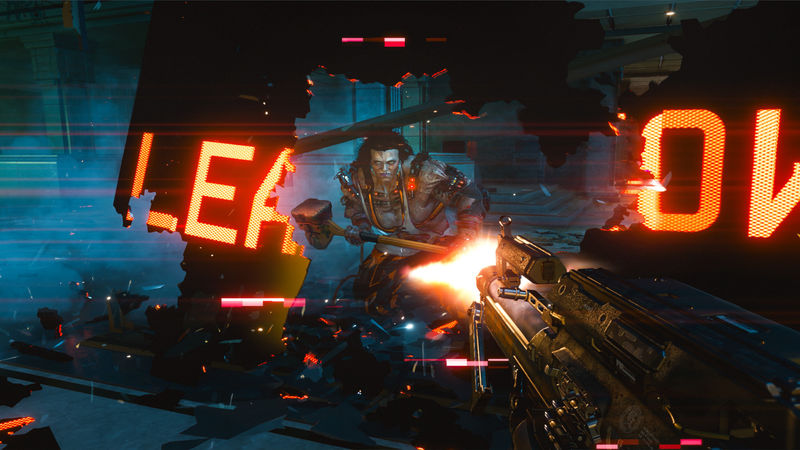 3.8
A huge new Cyberpunk 2077 update was released this week, complete with new DLC, all of which was free. Despite this, players of the PC, PS4, PS5, Xbox One, Xbox Series X|S, and Google Stadia game were divided over the update, with some taking umbrage with the aforementioned DLC, which included an alternative appearance for Johnny Silverhand and a few cosmetic items. In other words, nothing crazy, and nothing like CD Projekt Red has promised players will get with the two expansions. Still, many players were quick to complain about both the update and the DLC, which prompted a developer on the game to defend it.

During a recent Twitch livestream about the update, CDPR senior level designer Miles Tost noted that the new update is the biggest to date and required a lot of effort. To this end, the DLC was supposed to be a cherry on top.

"This patch is our biggest one to date," said Toast said during the livestream. "We've put a lot of effort into this one, so consider the DLCs that we have now as sort of goodies, sort of cherries on top. The reality of course, and we've talked about this in the past, is that we differentiate a bit between different kinds of extra content, between DLCs, additional items of which we will have plenty coming down the road, and of course the giant expansion passes which we will have something to say about later."

Whatever the case, if any of this feels familiar, it's because this is exactly how CDPR approached the post-launch of The Witcher 3. It released 16 pieces of small DLC and two meaty expansions with hours and hours of new content. The only difference is that when CDPR did this with The Witcher 3, it was applauded up, down, left, and right, now, for some reason, it's being met with backlash, though this may have less to do with the strategy and more the negativity surrounding the title ever since its messy launch last year.

Just call it a loss and move on