Call of Duty: Vanguard's Zombies Mode Is Being Developed by Treyarch 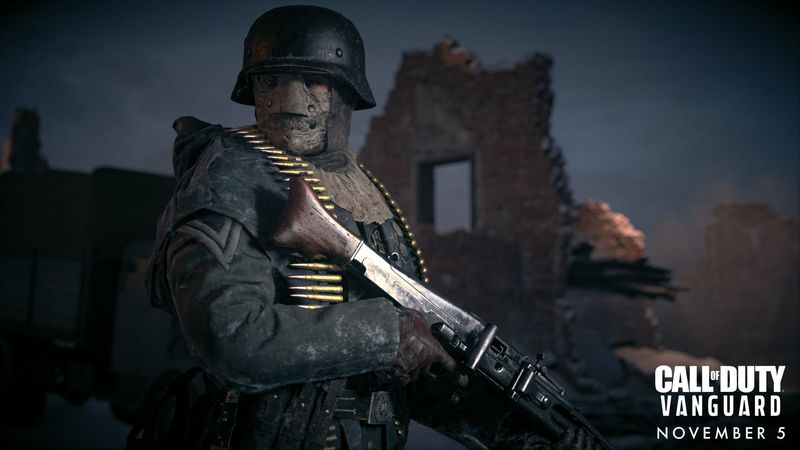 4.3
Call of Duty: Vanguard will once again be bringing back the franchise's beloved Zombies mode for the second straight year. While Zombies is sometimes a mode that doesn't show up in every entry in Call of Duty, its return in Vanguard makes sense for one very big reason. Notably, because Sledgehammer Games isn't the one that is working on the game mode.

Even though Sledgehammer Games, the studio that last released Call of Duty: WWII, will be creating the campaign and multiplayer aspects of Vanguard, Zombies is being handled by Treyarch. This confirmation was revealed on the official Battle.net page for Vanguard which explained more of what fans can expect from the 2021 installment. "Prove your mettle as you try to survive the relentless onslaught of the undead in a chilling new Zombies experience, developed by Treyarch Studios," said the description on the game's page. Any additional information associated with Zombies wasn't shared alongside today's announcement.

While it might seem a bit strange to see Treyarch jump in to work on Zombies for Call of Duty: Vanguard, it's actually not that surprising for a number of reasons. For starters, many studios within Activision have been working on various Call of Duty titles over the years in support roles like this. So for Treyarch to take a turn in a more secondary role on the game's development is somewhat expected.

It's also not outlandish because more than any other Call of Duty developer, Treyarch has become the one most synonymous with Zombies. The studio originally created the mode back in Call of Duty: World at War and has only continued to expand it in each subsequent installment over the years. In fact, a new Zombies mode was available in last year's Call of Duty: Black Ops Cold War and was one of the more popular game modes within the package.

When it comes to other key details on Call of Duty: Vanguard, the title is slated to launch later this year on November 5 and will be coming to PlayStation 5, PlayStation 4, Xbox Series X, Xbox One, and PC.

"Call of Duty: Vanguard's Zombies Mode Is Being Developed by Treyarch" :: Login/Create an Account :: 0 comments