Quake Remaster Is Official and It's Available Now 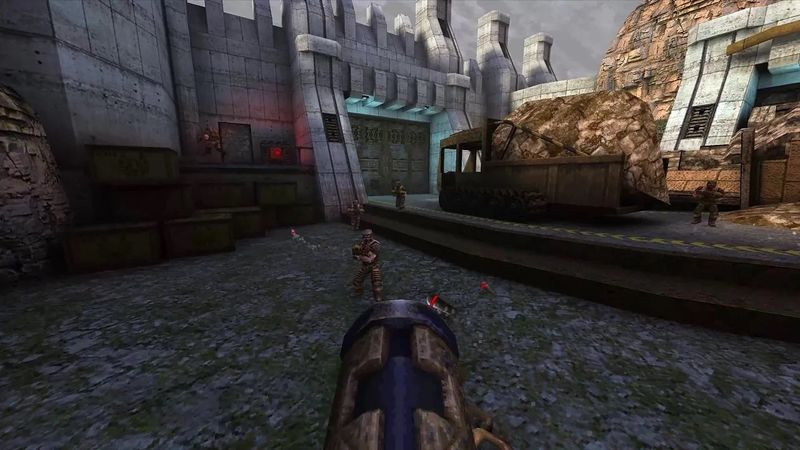 3.8
Well, just as we expected after a leak that came about earlier this morning, Bethesda and id Software have today released an all-new version of the original Quake for modern platforms. Although this new port in question doesn't have enough improvements to qualify it as a full-blown remake, it does make a number of graphical improvements while still being true to the original experience.

As part of QuakeCon 2021, Bethesda stealth-launched this new version of Quake this afternoon across PlayStation 4, PlayStation 5, Xbox One, Xbox Series X, PC, and Nintendo Switch. For those on Xbox Game Pass, the title is also now included in the service's ever-expanding library. And if you don't have Game Pass, Quake retails for $10 and includes the original campaign, the subsequent expansions, and both online and local multiplayer. Best of all, crossplay is also supported so that players on any platform can play with one another.

Reintroducing Quake, the original dark fantasy FPS. This authentic, updated, and visually enhanced version of the original is available now on Nintendo Switch, PlayStation 4, Xbox One, @XboxGamePass, and PC with cross-play, free mods and missions and more!https://t.co/Sj1HjoWGun


"Enjoy the original, authentic version of Quake, now with up to 4K* and widescreen resolution support, enhanced models, dynamic and colored lighting, anti-aliasing, depth of field, the original, atmospheric soundtrack and theme song by Trent Reznor, and more," said an official description of what fans can expect from this new iteration of Quake. "There’s never been a better time to play Quake."

Perhaps the coolest part of this re-release for Quake is that it also comes with free mod support. These mods are both fan-made and official ones developed by id Software and include new missions such as the popular Quake 64. Additional mods are also promised to be coming further down the road as well.