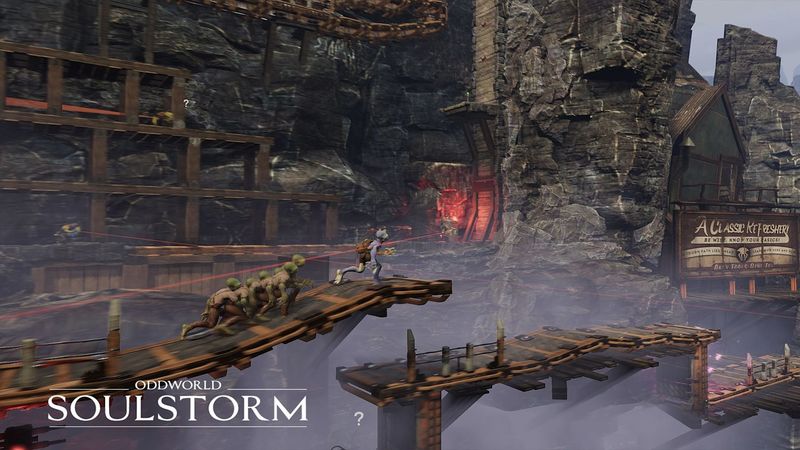 4
Oddworld Inhabitants have recently confirmed that Oddworld: Soulstorm will be coming to Xbox platforms in the near future. The developer took to Twitter to reveal the information to its fans along with a teaser video for the same, which you can check out below.

Oddworld: Soulstorm released in April this year for PC via Epic Games Store and PS4/PS5. The game was also a part of the PS Plus lineup of games, and is launching on Xbox One, Xbox Series X, and Xbox Series S at a later date. Other details on the matter remain scant for now, and fans are clamoring to know whether the game will be a part of Xbox Game Pass at launch – or not.

This annoucement is by no means a surprise since Oddworld‘s exclusivity was of course, timed. An ESRB rating for the game on Xbox platforms suggested something along these lines sometime ago.