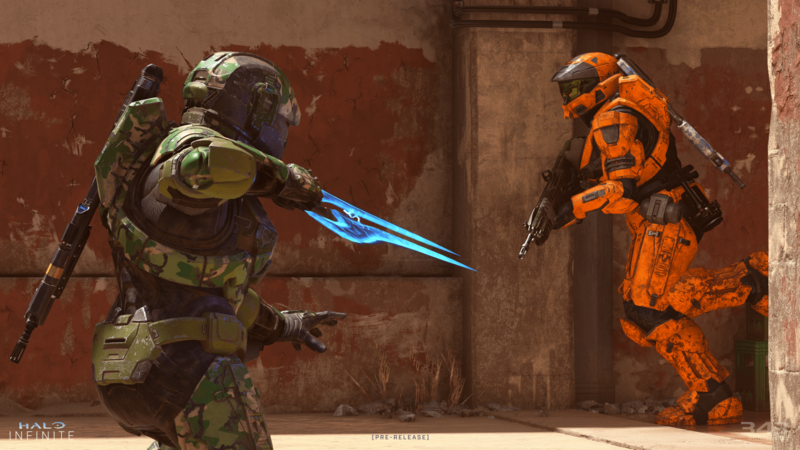 3.6
It looks like the download size for Halo Infinite may have leaked ahead of the game's launch later this year, and in short, it's massive. Although this size might not be an official one since the title is still months away from release, assuming that what has leaked here is accurate, you're definitely going to need to begin to clear some space on your Xbox or PC.

Spotted by Wiredup Report, the download size for Halo Infinite seems to have briefly been listed on the game's page on the Microsoft Store within the Xbox dashboard. According to this listing, the total size of the title will weigh in at 97.24GB. Depending on where you play, that's an incredibly sizable portion of your hard drive or SSD space. For those with an Xbox Series X, Halo Infinite alone would take up roughly 10% of the console's internal storage. Conversely, for those on Xbox Series X, the game would eat up 20% of the SSD.

Again, there are a few things to take note of with this situation. For starters, as mentioned, there's a chance that the final download size for Halo Infinite could end up being much different. Since the game doesn't even have a release date just yet, it's hard to believe that a finalized download size may have already been worked out by the team at 343 Industries.

It's also worth noting that the full size of Halo Infinite may be much different depending on what you download. Although the full game could end up being 97GB in total, there's a chance that players will be able to solely install the portions of the experience that they want to play. So if you only want to download the multiplayer aspect of Halo Infinite (which is planned to be released as a standalone product), then the total download size might be different. Additionally, this could also be true if you opt to only install the campaign.

For now, we're left waiting to see if this official download size for Halo Infinite will be legitimate, but we shouldn't have to wait a whole lot longer to know. As of now, Halo Infinite is still poised to launch at some point this holiday season and will be coming to Xbox Series X/S, Xbox One, and PC.

Smaller than COD I think. Or at least smaller than it was at points in its life. never mind having to have 2 games downloaded to play everything.
As soon as this drops, I will be promptly delete cod and this becomes my drop in shooter