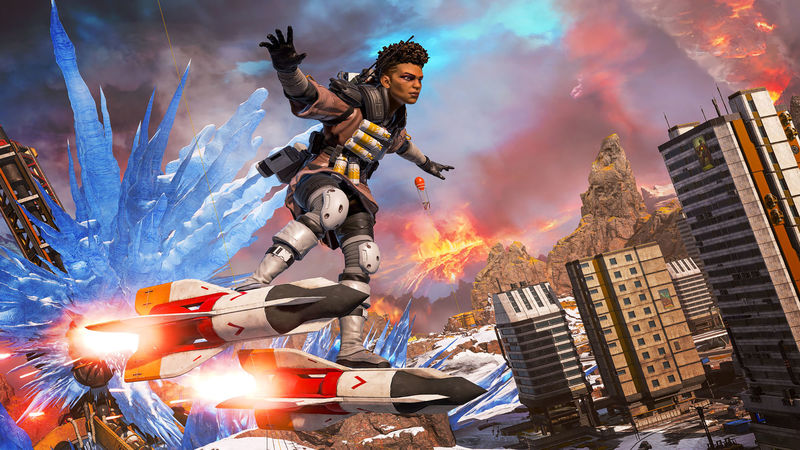 3.9
Apex Legends Season 10 Emergence released last week, and to celebrate the occasion, developer Respawn Entertainment offered up a Q&A session for the game on Reddit. One poster asked when players can expect to see cross-progression added to Apex Legends, and it seems that we won't be able to expect it until sometime in 2022. Apparently, there have been a number of hurdles that have prevented it from coming to the game sooner, but the developer has been hard at work trying to make sure that all of the legal and technical issues are sorted out before it goes live.

"Cross progression is gnarly as hell in terms of being a problem to solve," replied Ryan K. Rigney, Respawn's director of communications. "It's not only that you have to solve the technical challenge of merging existing accounts, but there are also legal and contractual issues to navigate with purchasing on other platforms. Different regions have different laws. It's a mess. But we're working on it, and we're committed to delivering it."

For those unfamiliar with cross-progression, the feature allows players to pick-up where they left off in a game, even if they switch to a different system or platform. Cross-progression is a great feature for those that game on multiple devices, but Rigney's comment shows that it takes a lot of time and resources in order to make it work. Concepts like cross-play and cross-progression would have been unthinkable in gaming just a few years ago, but they've become an important part of the online gaming model.

For now, Apex Legends players will just have to enjoy the game on one platform. Most players would prefer to see it earlier in 2022, as opposed to later in the year, but we'll just have to wait and see what happens. Hopefully, Rigney's comments will give some players an appreciation for the effort that goes into making these features happen.