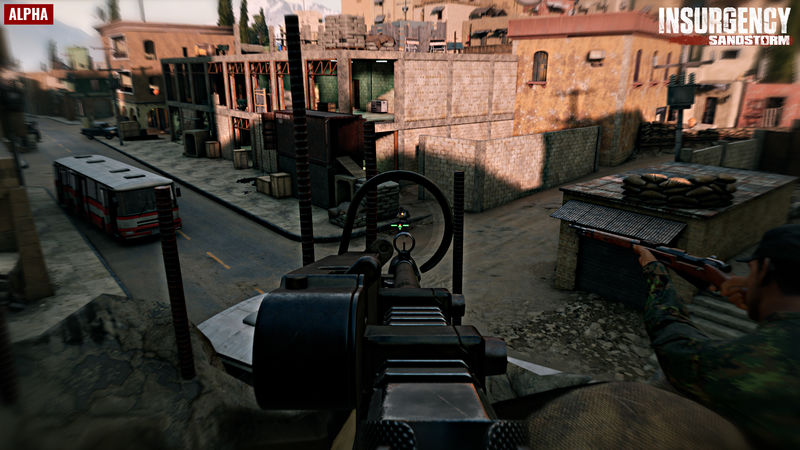 4.1
It looks like Insurgency Sandstorm will finally release on PS4 and Xbox One on September 29, 2021.

The team-based, tactical shooter – which was originally expecting to be available on console at the same time as its Steam debut way back in 2018 – suffered a string of delays on console that saw its release window be pushed back several times, most recently slipping from its August 2020 release date.

Now, however, we not only get a vague release window but an actual date… well, if the pre-order link publisher Maximum Games UK directs us to is accurate, that is. As neither developer New World Interactive nor the game's own verified Twitter accounts have said anything just yet – and even the video embedded in Maximum's tweet still only commits to 2021 – it might be wise not to get too excited, but according to VG24/7, Gamespot in the US also cites a September 29 release.

Insurgency Sandstorm is coming to PS4 and Xbox!

Engage in realistic modern firefights in the definitive tactical FPS! Battle in the war-torn environments of a contemporary conflict through a series of cooperative and multiplayer modes.


"Insurgency Sandstorm is coming to PS4 and Xbox!" Maximum Games UK announced on its official social media channels. "Engage in realistic modern firefights in the definitive tactical FPS! Battle in the war-torn environments of a contemporary conflict through a series of cooperative and multiplayer modes."

While as yet there's no confirmation that the shooter will be available digitally on the consoles' respective online stores, you can pre-order a physical copy of Insurgency Sandstorm at select retailers now.

If you've not come across it before, in our round-up of the 30 best FPS games you can play right now, we describe Insurgency Sandstorm as a" team-based shooter with a realistic bent".

"It strips away UI conveniences you’d expect in modern-day FPSs, such as hit markers and kill confirm messages, which lends it a completely different feel," we write in our summary.

"Having to visually confirm your kills – pump a few more bullets into your enemies, just to make sure they’re not moving – puts you in the right mind frame for how you want to play Sandstorm: extremely carefully. It rewards patience and precision over risk-taking, and if you’re caught out of position then you’re going to die, so stay the hell in cover, and make sure you’re coordinating with your squad."