Zombies Chronicles 2 Is In Development 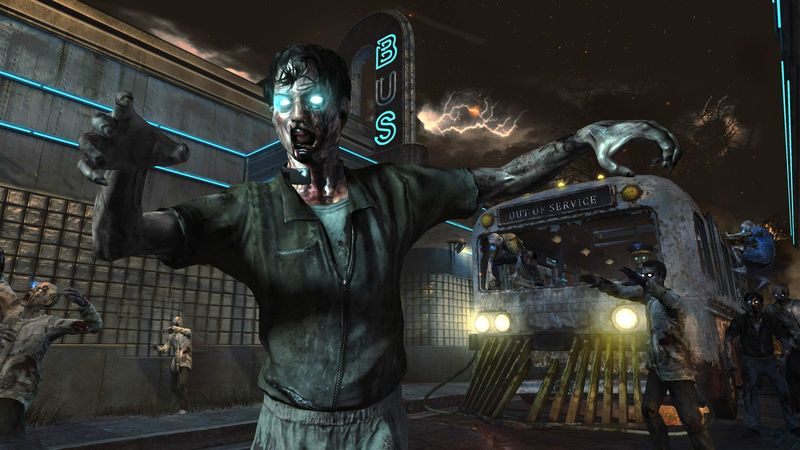 At the time of its release, maps such as Buried, Call of The Dead, and Farm were neglected, leading to a community frenzy with speculation and rumors swirling that a Zombies Chronicles 2 is in development.

WHERE IS ZOMBIES CHRONICLES 2?
According to sources, Zombies Chronicles 2 has been in development for several years and the majority of the maps have been completed. This information was presented a couple of months ago when a rumor circulated on the internet that the Berlin zombies map, which we now know is called Mauer Det Toten was going to be the last zombies map for Black Ops Cold War. I publically shot down those rumors and stated one more map is to come and that Zombies Chronicles 2 maps are ready to go, whenever they are needed.

Hearing rumors that the BOCW Berlin map is the last DLC zombies map - This isn't the case. There's one more planned for September and Treyarch still have "Chronicles 2 maps" ready to go, but I'm not sure if those will release during BOCW.


That information still stands today, with Treyarch and Activision not pulling the trigger on Zombies Chronicles 2 until it’s needed. Despite the community believing that Black Ops Cold War hasn’t done well for Activision, that isn’t the case.

Unfortunately, this means that zombies fans might need to wait for that little bit longer for the remasters.

VANGUARD COULD RELEASE ZOMBIES CHRONICLES 2
This year’s annual Call of Duty title, dubbed Call of Duty Vanguard is to take players back to a “setting that our fans know and love” says Activision, with that setting being World War 2.

It seems that for the first time in a long time, the Call of Duty hype train has slowed down, with fans looking for something a little more exciting than a WW2 title. The concerns are not only felt by the community either, with several analysts during Activision’s Q2 earnings call asking about the future of Call of Duty and how confident they are in this year’s annual release.

Although Activision was positive about Call of Duty Vanguard and its Warzone integration, it’s clear that Activision has several cards up its sleeve to boost player numbers and revenue if they were to fall. Zombies Chronicles 2 is a huge asset for the publisher to have for the Call of Duty franchise and unfortunately, I think it’s going to take Vanguard to release it.

Activision and Sledgehammer Games has its work cut out this year with Vanguard, with many fans already dismissing that they won’t be buying this annual release.

Although, despite the murmuring, Vanguard will inevitably sell millions of copies and will almost certainly outsell Halo Infinite and Battlefield 2042. However, Activision’s goal is to not only sell copies but to keep those players engaged and to keep on spending. That’s why Zombies Chronicles 2 is likely to release sometime in mid-2022.

It’s also unlikely that Zombies Chronicles 2 will be free to play too, as the potential for a big payday would be huge for such a large amount of downloadable content.

The main reason behind my speculation is simple, Vanguard isn’t going to be a Call of Duty title that people rave about when it releases. Yes, it will sell millions of copies, but I believe it will be a game that people buy and not engage with for a long period of time. Battlefield 2042, Halo Infinite, and even Splitgate all have the potential to be massive games heading into 2022, and Activision knows it.

"Zombies Chronicles 2 Is In Development" :: Login/Create an Account :: 0 comments