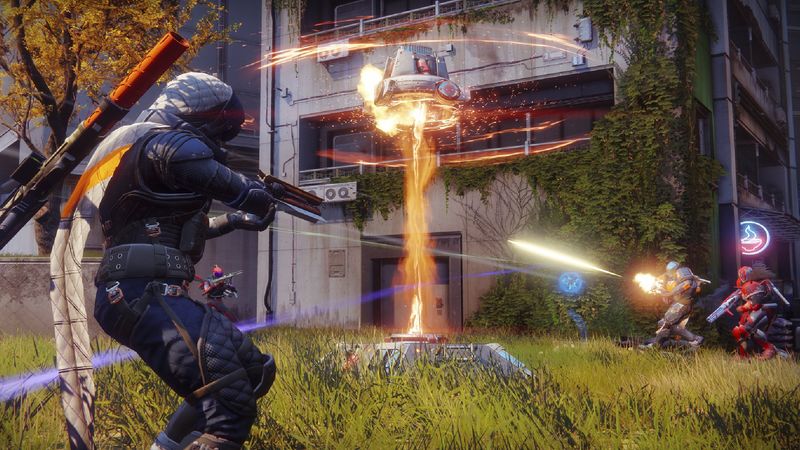 4
PvP players have been clamouring for more substantial updates on Destiny 2‘s competitive side for ages, and while we’re getting an in-depth look at upcoming plans in a showcase event later this month, today one of Bungie’s developers has provided some insight into what we can expect from Crucible over the next few seasons. In short, the team has been working on foundational changes for PvP, and it’s still going to be awhile before you see much new content.

Ahead of the showcase this month, I wanted to take a little time to talk about Destiny PVP.


“The first half of 2021 we’ve been working on the foundation,” assistant game director Joe Blackburn says in an extensive tweet thread, “but now we’re spinning up teams on new maps and modes. We believe in this investment, but it is going to take some time before you start seeing results in-game. The ultimate goal here is consistency. If you play PvP, the team wants you to understand that you will be getting new maps and modes every year, and that the cadence of those coming out feels predictable.”

In concrete terms, we’re getting two vaulted Destiny 2 maps back in season 16, which will likely launch alongside the Witch Queen expansion. (Though that’s not a given, with Witch Queen’s delay.) We will get a brand-new map in season 17. Then, in season 18, a Destiny 1 map will be remastered and added to the current rotation.

The “predictable roadmap” of Crucible content is getting underway, but Blackburn suggests we won’t start seeing the results of that until the Lightfall expansion. The devs are hoping to implement Rift in the future, and “multiple brand-new modes” in 2022.

"Destiny 2 is finally getting a new PvP map after season 16" :: Login/Create an Account :: 0 comments