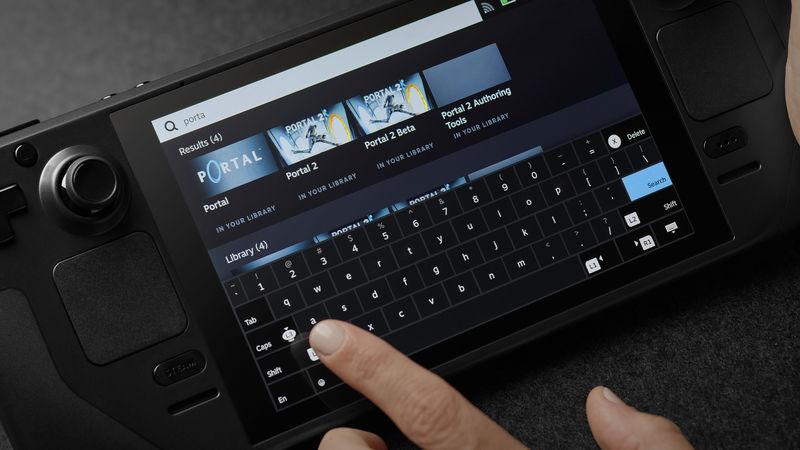 4.3
Valve published its monthly Steam Hardware Survey for July, and the biggest surprise came from the Linux gaming crowd. Aside from showing the usual Nvidia and Intel dominance in GPUs and CPUs usage among Steam users, there weren't many new takeaways from the latest report except Linux gaming rising to 1% in July, a first in years.

The fact that coincides with the unveiling of the Linux-powered Steam Deck surely can't be ignored. It seems likely gamers will have started to investigate whether their Steam libraries really will be playable on Valve's new handheld gaming PC when it launches in December.

Sweclockers suggests the last time Linux saw a spike remotely this close was a 2% market share jump when Valve announced Proton, a compatibility layer that allows Windows games to run on Linux, back in 2018. As impressive as Proton's first outing was, it still struggled to deliver as compelling a gaming experience as either native Linux ports, or gaming on a Windows OS. We haven't found evidence of that 2% spike ourselves, which could mean it tapered off real quick.

For context, Linux gaming has historically sat below 1%, according to the folks at gamingonlinux who have been tracking market share of the open source OS for a good few years now. They estimate that over 1.2 million active Linux users are currently on Steam, and the trend seems to be moving upward.

As Linux becomes easier to use, it makes sense that gaming on Linux slowly starts to tick up.

The Steam Deck, which launches in a few months, runs on a Linux-based OS which could explain the steady increase in Linux gaming market share as some prepare for the portable gaming console by checking out this operating system.

It is worth stating that SteamOS 3.0, which the Deck will operate on, is based on the Arch Linux distribution, and that hasn't seen any movement in terms of an increased market share. The distro which seems to be responsible is Ubuntu 21.04, which has seen a 0.06% gain. That does still make sense in this context, however, given that Ubuntu is often regarded as the most accessible version of Linux for folk jumping ship from Windows.