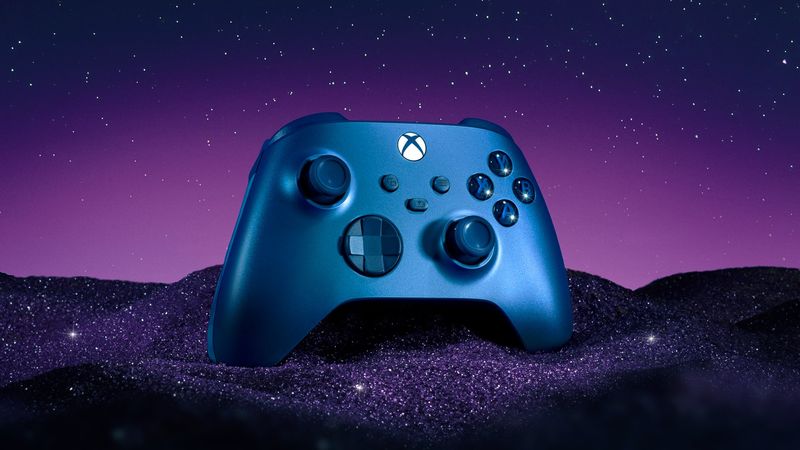 Xbox Wireless Controllers, if you somehow are not already aware, work on the Xbox Series X, Xbox Series S, Xbox One, PC, and some mobile devices. Given that a number of different color schemes and designs have been revealed this year already, it seems fair to assume that if none of those strike your fancy, one that does might be revealed in the near future.

Close up, far out. Aqua Shift’s marble grips keep you in control pic.twitter.com/L2VLND8aCI


"Aqua shift features a surreal, color-shifting blue shimmer that you need to see to believe," said Navin Kumar, Xbox's Director of Product Marketing, as part of today's announcement. "Playing with the way the prismatic color moves across our controller, you’ll feel like Aqua Shift comes to life in your hands. Inspired by the fantasy that gaming brings into our lives, we know this mystical beauty will add that magic your controller collection needs."

As noted above, the new Aqua Shift Xbox Wireless Controller is set to release on August 31st for $69.99 and is available to pre-order at select retailers like Best Buy and Amazon right now. The Xbox Series X and Xbox Series S themselves are available wherever such things are sold for $499.99 and $299.99, respectively, assuming you can find either in stock.