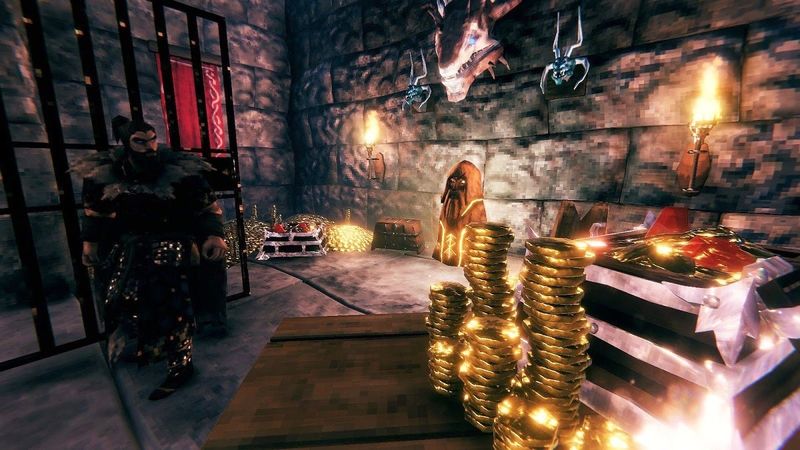 4
Valheim’s big Hearth & Home update that’s been brewing for a while now still isn’t ready to be released just yet, but players at least won’t have to wait too much longer on it to be available. The Valheim team at Iron Gate Studio shared a new progress report on the expansion this week and said that it’s “still on track” to be released at some point during this quarter following a delay that pushed it back to some time during Q3 2021. Players also got two more images showing content from the Hearth & Home update along with details about what players will be able to do.

Over on the Steam page for Valheim, the game’s developers reaffirmed their plans to release the Hearth & Home update within the next couple of months. The Iron Gate team also thanked players for their responses to the roadmap shared in June whenever the update was pushed back.

It is once again time for a little Hearth & Home update! Will your viking have a treasure chamber at its base? 💎#Valheim https://t.co/SrY03dp9TB


“We’re still on track to deliver the update this very quarter, and as always, thank you for your kindness and patience,” Iron Gate said. “Your response to our roadmap post in June was super supportive, and the questions that came through in the reddit AMA gave us lots of inspiration for future updates.”

In addition to the confirmation of the plans to release the update this quarter, Iron Gate also shared the two images seen above and below that show more of the features coming in the settlement-centered update. One shows stacks and piles of coins and treasure chests while another shows that players will be able to construct iron grates to keep things in or out.

As work continues on the Hearth & Home update and Valheim overall, the Iron Gate team also said that it’s growing larger next month with three more developers added to the team.

According to the revised roadmap, Hearth & Home is the only major update planned for this year. Four updates were previously planned for 2021, but Iron Gate said it wasn’t able to fully begin work on the Hearth & Home update until May, so the other three updates have been pushed back to unknown dates.