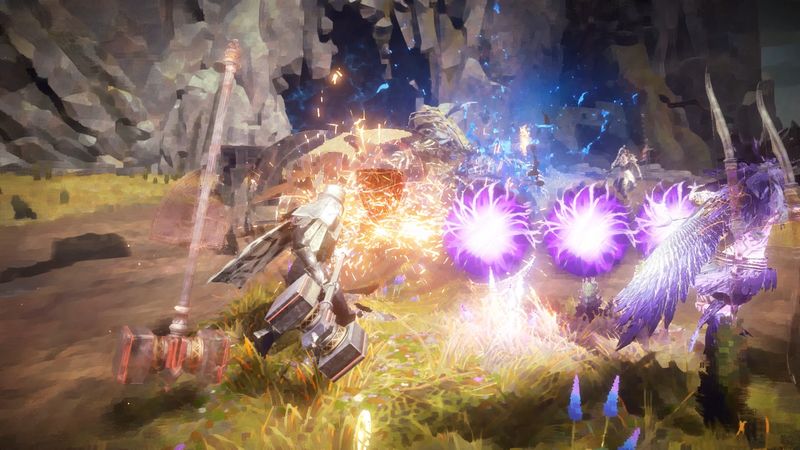 4.5
Players looking forward to Square Enix's Babylon's Fall are in luck: a closed beta test for the game is set to arrive in the very near future! The publisher revealed that there will be three different dates for the first phase of the closed beta test, one for each region. Players in Japan will participate on July 29th (2 a.m. to 6 a.m. PT), North America's test will be held August 5th (6 p.m. to 10 p.m. PT), and Europe's will be held August 12th (6 p.m. to 10 p.m. U.K.). This version of the closed beta will be exclusively available on Steam, while future phases will be available on PlayStation 4 and PlayStation 5.

The beta test will be open to players in the U.S., Canada, Brazil, U.K., France, Germany, and Japan. At this time, Square Enix and developer PlatinumGames have not announced dates for the second and third phases. Those interested in participating in any of these phases can register at the game's official website right here. Players will not be allowed to share screenshots, videos, or information about the beta online, and those that violate these terms will have their participation revoked. However, the game's official website states that there are plans to eventually remove these restrictions.

Unfortunately, those that participate in the beta will not be able to transfer character data to the full version of the game. It makes sense that the developers would not want to give testers an advantage over those that won't have the opportunity to participate, but some players might be hesitant about spending time testing the game if that time ends up "wasted." Still, it's an excellent opportunity to shape the future of Babylon's Fall, and help it live up to its full potential!