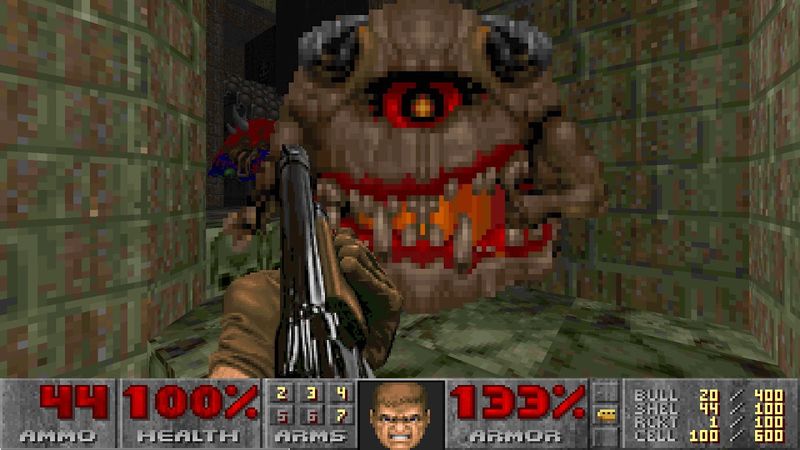 4
The original DOOM and DOOM II have received a new update on modern consoles! Today, Bethesda revealed that Earthless: Prelude is coming free to versions of DOOM on current platforms such as Xbox One, Nintendo Switch, PlayStation 4, and PC. The add-on features 12 maps in total, and has been developed by modder James "Jimmy" Paddock. Paddock has worked on a number of notable DOOM mods over the years, including an add-on called Deathless. Earthless is a spiritual successor to that project, which is also available as a free add-on, as well. In total, 32 levels will be released as part of the new project.

Earthless: Prelude is the latest in the growing lineup of free Add-ons for our re-releases of DOOM & DOOM II available now. https://t.co/3rhn9OBSUe pic.twitter.com/YjMUjStMxU


In a blog post on Bethesda's Slayer's Club, Paddock revealed that these maps were actually created in the mid-2000s, when he was first learning how to create maps. Since then, Paddock has become a skilled developer, and he was able to take his experience and use it to polish up these older creations. The new levels will feature "stock music" from the first two DOOM games, but the finished project will include an original soundtrack from Paddock and other musicians associated with the DOOM modding scene.

Bethesda's embrace of the modding community is really impressive! For fans of DOOM, this new content should be very exciting to see. While the original DOOM released all the way back in 1993, fans of the game are still getting new maps, and it's notable that it's coming to platforms outside of PC. It's unclear how many gamers will want to jump into new content for a game that released that long ago, but given the number of platforms DOOM and DOOM II are available on, the add-on should help introduce a lot of players to Paddock's level designing talents. Of course, the free price point should also convince players to give it a try!