Ubisoft confirms Beyond Good & Evil 2 is still in development 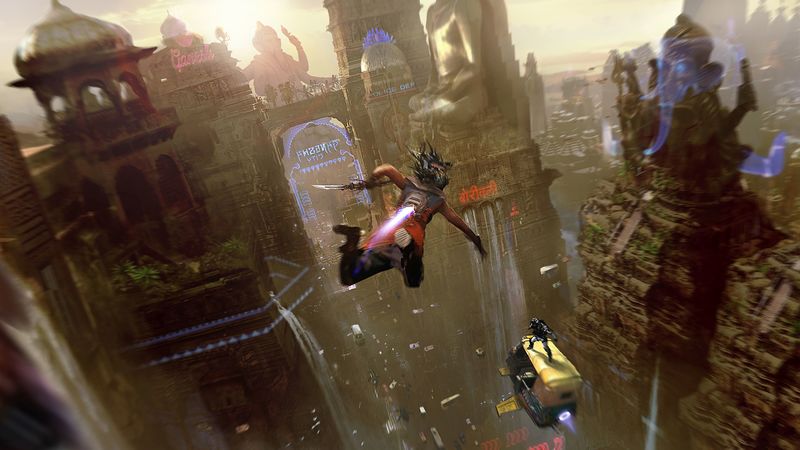 4.7
Work on Beyond Good & Evil 2 is still underway, Ubisoft has confirmed, despite providing no further update on a release date or even a vague release window.

Ubisoft confirmed way, way back (we're talking my ancient ass's high school graduation year) during its Ubidays 2008 conference that Beyond Good & Evil would be getting a sequel, and just today the company yet again confirmed that that's still the case, but said it's "too early" to say when it'll come out.

In a new financial report (via PC Gamer), Ubisoft chief financial officer Frederick Duguet was asked whether it's possible for Beyond Good & Evil 2 to release in Ubisoft's fiscal year 2024, which means sometime after May 1, 2023, and Duguet only had this to say: "We are progressing well with Beyond Good & Evil 2, but it's too early to tell you more at this stage."

No, you're not experiencing deja vu. Ubisoft CEO Yves Guillemot said something very similar back in October, adding, "The world is really fantastic; as you could see, Netflix also decided to take that universe and create a movie with it," referencing a project announced by Netflix in July of 2020. "So there's a lot of progress in that team and the game is coming along very well."

If you're of a certain age, you also might remember Ubisoft saying in 2010 that Beyond Good & Evil 2 was still happening, or Guillemot's remarks from 2012 about the sequel's development being slowed by work on Rayman games. Or what about the 2016 rumor that it was being developed exclusively for the Nintendo Switch, then codenamed the NX? Surely you'll recall the trailer from E3 2017 where the sequel became a prequel.

In 2018, we learned a bunch about Beyond Good & Evil 2 in a behind-closed-doors, hands-off preview, and found it to be incredibly ambitious. But ever since creative director Michel Ancel left Ubisoft last year, it's unclear how much, if any, of the game we've seen in limited alpha footage remains today.

With each passing year, Ubisoft risks aging Beyond Good & Evil 2 into permanent obscurity. The original 2003 cult classic is just that - a financial failure but a critical success that maintains a loyal following still awaiting a sequel. What remains to be seen is the limits of the community's loyalty, not to mention its patience.

"Ubisoft confirms Beyond Good & Evil 2 is still in development" :: Login/Create an Account :: 0 comments