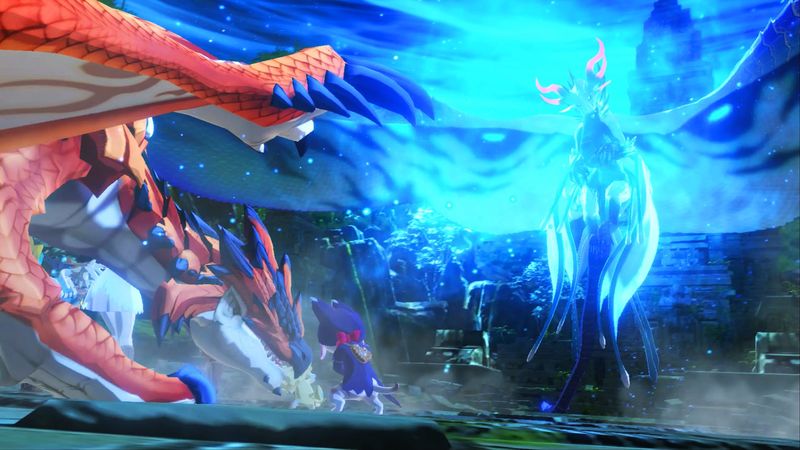 According to the company, Monster Hunter Stories 2 for Nintendo Switch and PC has shipped over 1 million units worldwide. In addition, the title garnered positive reception following a demo version released prior to launch.

The game is the second RPG based on the world of the Monster Hunter series. In it, you play the grandchild of the Monster Rider Red, who meets a Wyverian girl before taking off on an adventure revolving around the Wings of Ruin.

In addition to featuring a host of monsters from past titles, the series’ world has been expanded with a new focus on Monster Riders.

Players will also have plenty to look forward to will some nice post-release content, the first of which dropped on July 15. On August 5, the second update sees the arrival of the Mother Goddess of Gold, Kulve Taroth. Coming from Monster Hunter: World, Kulve Taroth will be the target of a co-op quest. You won’t be able to raise her as a Monstie, but if you beat her, you will get some nice equipment for your trouble.

The Monster Hunter series started with the first title in 2004, establishing a genre where players cooperate to hunt monsters. It has since seen cumulative sales exceeding 72 million units shipped as of March 31, 2021.

Great game if you're into turn based combat/ monster hunter. Been playing this one lots.