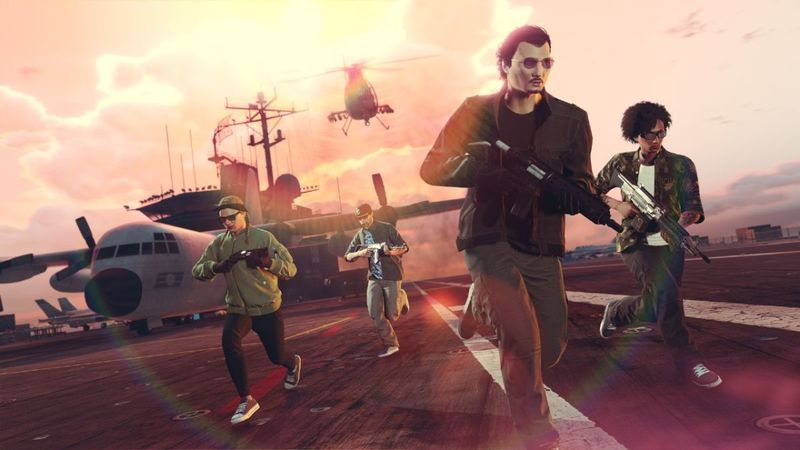 4.3
Rockstar Games delivered on its promise of new GTA Online info this week with the reveal of the “Los Santos Tuners” update coming to the game on July 20th. The update in question will be centered around vehicles and a new social feature called the “LS Car Meet” which allows players to get together and show off their rides. The car meet and associated features are the main attractions of the update, but players can expect to see new vehicles, races, and bonuses added to the game alongside the update as well.

This LS Car Meet that headlines the update takes place over in Cypress Flats and welcomes players and their vehicles to show off and admire others’ cars. It comes with a new “Reputation” system which players can utilize by logging in daily, finishing races, and through other activities in exchange for customizations and other rewards. Much of this system and the meet is centered around a new feature called the “Test Track” which will allow players to race without worrying about interference from any bystanders and also will let players try out different vehicles.

Featuring the LS Car Meet, where you can race, show off customized vehicles, and link up with contacts looking for skilled drivers and a chance at easy money.https://t.co/jXJPVow1he pic.twitter.com/AX5Cc6btfu


“Park your attitude (and your weaponized vehicles) at the door and share your love of car culture with some like-minded personalities,” Rockstar Games said about the LS Car Meet. “Here, you’ll find countless ways to immerse yourself in the beating heart of the scene, show off prized personal vehicles from your collection or check out everybody else’s.”

More races that take place both on the Test Track and on the streets of Los Santos will be added to the game as well. Those will be accompanied by a bunch of new vehicles with 17 in total added throughout the next couple of weeks. A total of 10 of them will be released alongside the update.

“Naturally, this update to GTA Online will inject a whole new ensemble of fresh vehicle inventory across Los Santos dealerships — ranging from imported tuner cars from Annis, Dinka, Übermacht, and more to that straight up Vapid muscle that Americans have come to know and love,” Rockstar Games said about the new vehicles. “There will be 17 new cars in total over the course of the summer, with 10 dropping at launch on July 20.”

I am always open to new GTA updates