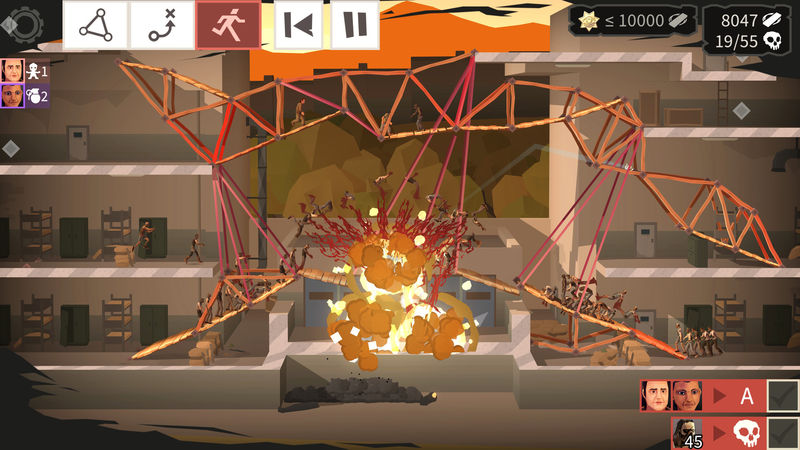 4.4
Every Thursday the Epic Games Store updates with at least one free game for users to snag, and this week there are actually two games available: Bridge Constructor: The Walking Dead and Ironcast! For those unfamiliar with how this works, the games will both be available through July 15th, when the next free offering goes live. Users only have to claim these games before next Thursday; once they've been claimed, they'll remain a part of the user's Epic Games Store library forever! The nice thing about this is it means that players can take their time and enjoy each title, with no need to rush.

A Tweet announcing this week's offerings can be found embedded below.

Got any weekend plans? How about killing undead walkers and taking control of an Ironcast to defend Victorian England?

Bridge Constructor: The Walking Dead + Ironcast are both FREE this week on the Epic Games Store!https://t.co/L09RPTwEFJ pic.twitter.com/EFAvIthlYt


Bridge Constructor: The Walking Dead features characters from the AMC series, including Daryl, Michonne, and Eugene. In the game, players must protect characters from Walkers by creating elaborate bridges to safety, and constructs that lure the undead into various traps. It's a unique mash-up, and now that the game is available for free, players can try it for themselves! The title typically retails for $9.99.

Speaking of unique, this week's other offering also fits that description! Ironcast is a turn-based strategy game featuring steampunk inspired mechs. Set in an alternate take on Victorian England, players control these mechs in order to defend England from invading enemies. Those that enjoy the game will be happy to know that there are a number of add-on packs also available on the Epic Games Store, though none have been discounted. On July 15th, this one will revert back to its normal cost of $14.99.